Blog - Latest News
You are here: Home1 / News2 / Business News3 / How Has Coronavirus Affected The Economy? 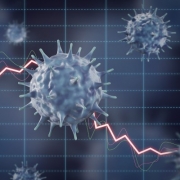 The human cost of the current coronavirus pandemic has been highlighted often with figures of worldwide or America’s confirmed cases and fatalities being reported across the media, but what about the financial cost?

While it goes without saying that the human cost is unacceptable – at the time of writing there has been 6,588,448 confirmed cases of coronavirus in America alone with 196,332 deaths – there is an argument that keeping certain sectors of the economy closed will have a far more detrimental effect long term.

A warning has been issued by the Congressional Budget Office stating that they believe the government will have the biggest budget deficit since World War II finished in 1945. And with the virus continuing to stay in high numbers across the country, they predict that next year the federal debt will be bigger than the country’s economy, something that has not happened since 1946. The warning does not stop there as they also believe that by continuing running the economy the way we are, America will have a new high by 2024.

However there are many economists who believe that the over spending was needed to ensure that the country stays afloat and maintains some degree of ‘normality’. The world is currently in the worst public health emergency seen in over 100 years and economists are convinced that the amount of money needed to keep businesses and households out of poverty was an essential expense.

This has been proven by the fact many investors are still keen to get their loans from the Treasury thanks to the extremely low costs the government has placed on borrowing.

Currently, the annual deficit is estimated to reach $3.3 trillion by the end of September. The deficit, the difference between what the government earns in taxes and what they spend, is around 16% of America’s gross domestic product (GDP). This year will see the deficit become as big as it is for the first time in 75 years.

It is predicted that the federal debt is due to reach 100% of GDP in 2021 and continue to climb, reaching $24.5 trillion by 2023, or 107% of GDP. This would surpass the current record of 106% of GDP which was reached in 1946 however it is worth noting that any debts owed between government agencies, such as the Social Security trust fund, is not included in the percentage.

Many are questioning why the debt is so big. America, as many other first world countries, already had a huge debt due to several reasons including the Great Recession between 2007 and 2009 as well as the 2017 tax cut implemented by President Donald Trump. These factors meant that in 2019 the national debt burden had already reached 79% of GDP, the highest percentage in over 70 years.

Just as the government thought they had put together a plan to bring the economy back on track the coronavirus had other ideas. As the numbers of those falling ill increased rapidly as well as the number of fatalities caused by the virus, it was perceived to be the best course of action across the world to ‘shut up shop’ and try and sit the virus out.

Businesses closed, some never reopened. Employees went home from work; many have as yet to go back. And throughout it all the government handed out money to those in need to ensure they continued to thrive in an already surreal world.

In April the GDP rapidly collapsed at a 31.7% annual rate and continued through to June. In just eight weeks over March and April, 22 million jobs were lost.

A bill of $2 trillion in relief was passed by Congress to assist those now unemployed with those receiving state jobless benefits also receiving $600 a week as well as a one-off $1,200 check at the beginning of the pandemic.

While it is firmly believed that this course of action has helped keep the country out of a depression some experts believe more should be done.

So the question now is how can we pay down our debt? And how long will it take? After World War II our economy started to regrow, and it grew quickly ensuring that the debt was back to the pre-war level of 44% of GDP by 1961. This rapid growth allowed those in charge to maintain low interest rates in an attempt to keep the cost of repayments down.

While times are different now we can still work towards growing our economy. However our GDP growth has only reached an average of 2.3% in the last ten years, which could lend itself to stalling our recovery. And following the financial deregulation during the 1980s the government is no longer allowed to control the interest rates.

It has always been a risk when governments borrow money, especially when it is such large amounts however by keeping rates low, especially inflation, the risks can be reduced.

While many of those in power are unable to predict the future they are able to predict that by handing more money to those who can support the economy the debt collectors can stay away just that little bit longer.

Apps To Help With Social Distancing