You are here: Home1 / Features2 / World Feature3 / This Author Draws From The Past To Compose Evocative Stories | Patricia...

The sources where an author’s story comes from are endless. In Patricia Daly-Lipe’s case, the tales of her family’s’ adventures and heroics are more than worth telling. 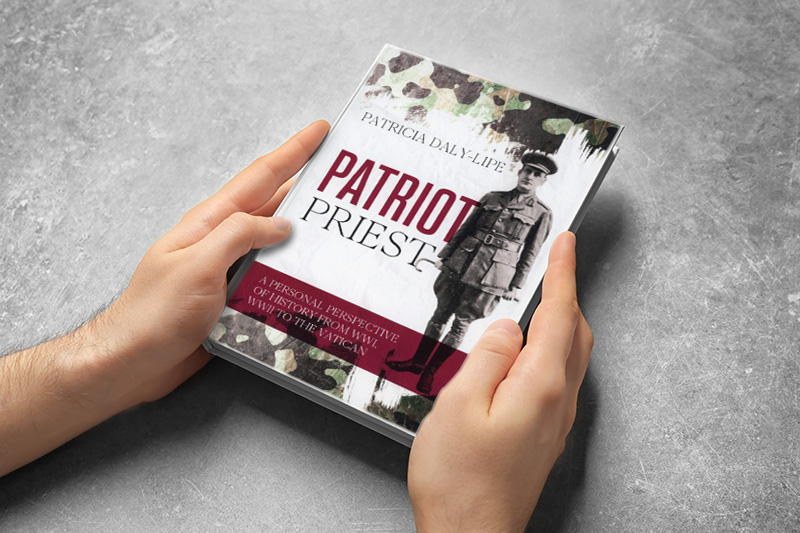 With humanity still a great distance from the invention of a time machine, author Patricia Daly-Lipe – known as the “Literary Lady” – has gone about exploring time periods in a different way – tracing back her roots and gaining insights in order to write fascinating stories about her bloodline and life.

Of course, Daly-Lipe didn’t start out chasing the past. Instead, she learned and began to love the aspects of historical writing in an unlikely category at the Evening Star Newspaper, a publication in Washington, D.C. After getting her first job there, answering the phone, listening to a frantic reporter, and then translating his words into an article, she failed to do well in her assigned position. She had returned from 2 years living in Europe, speaking French and Italian. The reporters had heavy southern accents and she had to ask them to repeat. That does not work if you are reporting and witnessing a catastrophe! So, Patricia Daly-Lipe was moved – to obituaries!

“I learned so much being in obituaries, because I went to interview families and I got to know them. I guess this would be the beginning of my personal perspective on history, because you meet the families of the deceased and you find out what their life was like, and then you put together their obituary article.”

“I was able to go to neighborhoods and meet people I had never met before. In those days, Washington, D.C. was very segregated. I went into neighborhoods that were black and I met people I wouldn’t have met on that basis otherwise, and I loved them. I had wonderful relationships with the families. It was a different world in those days, but it opened up doors for me. Meeting people from all walks of life, writing articles about their lost family member, and learning about them from a personal perspective. I think that was the key.”

Like any captivating novel, Daly-Lipe’s life story has its own twists, turns, and happy endings. Daly-Lipe lost her mother to cancer when Patricia was only 18, forcing her to grow up quicker than most. “It put me on my own before I was ready to be on my own. I made quite a few mistakes, but it’s all come around and I’m back where I should be.”

“When I met him, I never knew about him being in World War I. It wasn’t until I was asked to write the book about him [by my publisher] that I found that out. He was on the front lines, giving last rights and burying the dead. It’s just powerful. His letters give you a personal perspective on that period.”

Daly Lipe’s family history plays an incredible role in her writings. The Literary Lady’s heritage can be traced back to numerous eras and places, such as the bright beaches of Southern Florida at the dawn of the 20th century – which she covers in Miami’s Yester’Years. “My grandfather was one of the great founders of a place called Miami. He went down in 1904 on business and said, ‘I see there’s potential for a paradise down there.’” “In 1911, he took his family, put them in a Franklin car, and they drove down dirt trails and through the Everglades. They got stuck a couple of times, and I talk about what my father wrote, his memories of that trip. He was six years old at the time, and describes what it was like going down to this place called Miami.”

Once there, “my grandfather would take people out in a boat and he’d point down to the water and say, ‘this is where you’re going to live.’ They were like shocked. “What?”’ He ended up being the first person to create land by dredging. He created Palm Island, Hibiscus Island and Point View. He worked on the Tamiami Trail with Mr. Flagler and so much more. He had the vision of what could be, and he developed it.”

While Daly-Lipe’s grandfather was carving out a bustling hub in Florida, her great uncle, Monsignor William A. Hemmick, was creating a lasting legacy as the “Patriot Priest” – which also happens to be the title of Daly-Lipe’s book that covers his heroic tales. “My great-uncle William became the first American Canon of St. Peters in Rome. He didn’t represent the United States, he actually represented the Knights of Malta of the Holy See.”

While Daly-Lipe had the opportunity to meet her great-uncle in person, she didn’t learn all the noteworthy details until much later, when she began researching his life in preparation for her book. “The letters that he wrote to his sister, who was my grandmother while serving as a priest on the front lines of the battle of Picardy. Reading those letters was amazing. They are located in the archives of Georgetown University. I was really glad they’d been preserved.”

“When I met him, he was just a happy, jovial old man. He spoke five different languages. He had attended a Jesuit School in Austria where the language was Latin. His father was an American Consul General at the Embassy in Switzerland, so the children were all raised in Europe.”

After deciding to enter the priesthood and attending a school in Rome, Hemmick became sick – which would lead to an experience one could only describe as pure divine intervention. “The doctor said, ‘I’m sorry, I think you have tuberculosis.’ In those days, that was running rampant. He thought he was going to die, and they took him to see the Pope. Pope Pius X tapped him on the shoulder, and said, ‘no, young man, one day you’re coming back to Rome.’”

“Sure enough, not only did he come back to Rome and become the first American Canon, but the apartment given to him by the Principessa Doria, had belonged to Pope Pius X before he became Pope. Somehow, it’s almost like he was predestined. He just fell into the place he was meant to be.”

Daly-Lipe only conveyed the warmest of memories when looking back on William. “He was just amazing. He was friends with everybody, from the King and Queen of Denmark (with whom she had lunch at her great uncle’s apartment after their daughter’s marriage to King Constantine of Greece) to the kid on the street who needed some food.” 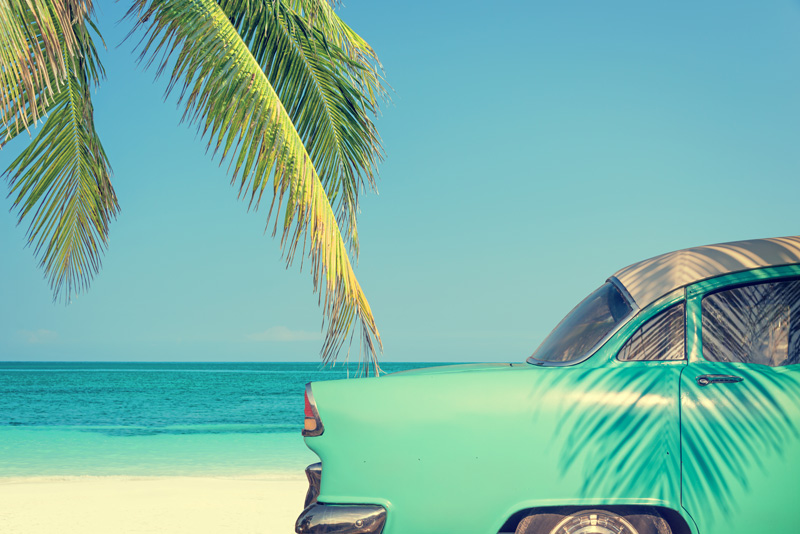 “They have a good life, but they want people to know what their life was like before, so they might learn how horses need to be taken care of and loved.” 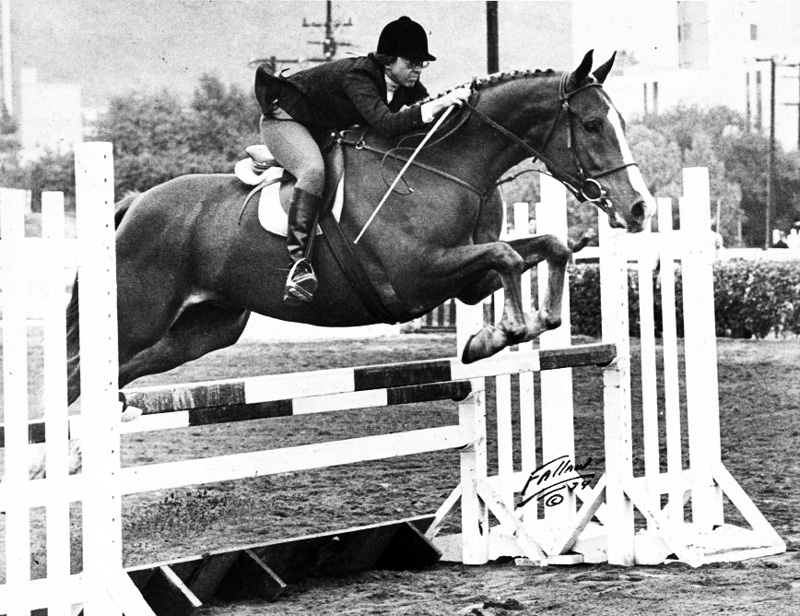 Of course, not all of the Literary Lady’s works are focused on humans. Daly-Lipe even found a captivating story in two of her rescued horses – Just’n and Teddy – who had to go through journeys of great difficulty in order to find safety and peace. While Daly-Lipe used to race and show thoroughbred horses, she stopped racing when she discovered how abusive some owners were towards their horses.

Daly-Lipe explained that she “translated” what the horses told her in order to write their book, Horse Tales. “They had a story to tell. Just’n had been a racehorse for six years on the west coast (where she had also raced). He came to the east coast and then he hurt himself. He has a bone chip in his left front leg. The owner said, ‘well, he’s a gelding, can’t do anything more with him. So, they put him in an auction, and you know what they do. They get sold and then they get slaughtered. It’s horrible. But he was rescued and he’s been with us for twelve years.”

For Daly-Lipe, inspiration doesn’t come from a singular entity. Rather, she gave a simple answer as to what provides her with creativity – “everything.” “There’s so many things that are inspiring. You can go out for a walk and you can be inspired just by listening to the birds; you can be inspired by watching the sun set.”

“I also paint, so some of my paintings are on the covers. I call them surrealistic because things come in the paint that I didn’t even know were there. The cover of my book Myth, Magic, and Metaphor has my painting of the princess and the unicorn on the cover. I didn’t plan on painting the princess and unicorn. They were just there. I had seen the original tapestry in Avignon, France, and I guess it was just somehow in my mind, because they just came through in the paint.”

When it comes to her research process, Daly-Lipe takes no shortcuts and leaves no stone unturned. She strives to find impactful sources no matter the form, and always takes steps to ensure reliability. “Sometimes I have to just do the research by finding out what other people have researched, like the book on Miami and my grandfather. I never met my grandfather, so I have letters that my father wrote. I go to individuals if I can, and if I can’t, then I get the books and do the research.”

While a methodical and organized approach to writing is needed, Daly-Lipe expressed that an artist needs to know when to just let the pen do the work. “As I tell in Myth, Magic, and Metaphor, which was based on a class I conducted in Annapolis, you let the words take over. You don’t analyze what you’re going to do, you just do it. Just let the words flow. Later you can come back and look at it and say, ‘oh, that doesn’t go’ and change it, but let the words flow because something may come that you didn’t even know was there.” 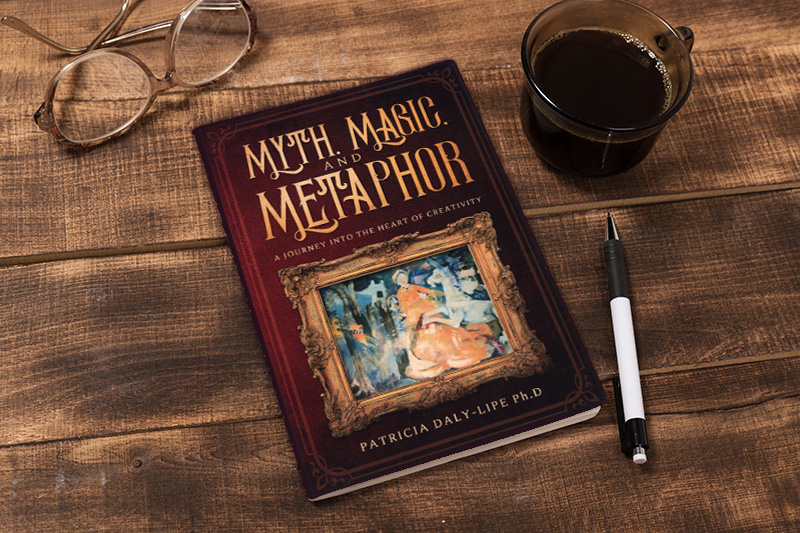 “President Biden is right. That’s what the arts are meant to do, inspire and bring forth in students a talent they don’t even is in them. I really hope that schools will start to bring the arts back, especially in the younger years. It’ll help so much.” 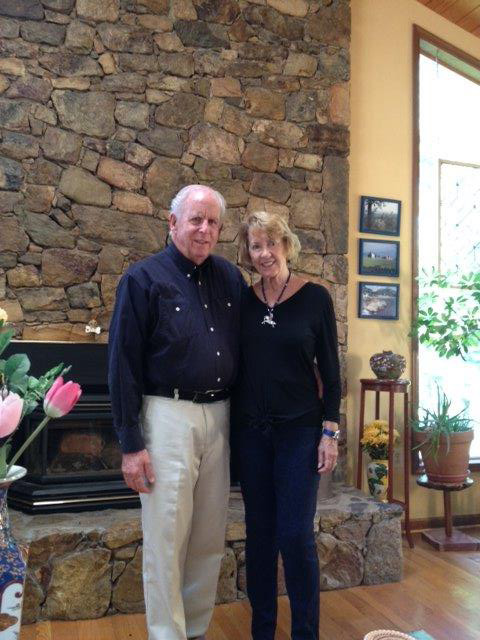 As an artist and writer, Daly-Lipe is a persistent advocate for continued education that encourages creativity and inspiration. She referenced a quote from President Joe Biden, which he allowed her to include in her book Myth, Magic and Metaphor, A Journey into the Heart of Creativity: “[The arts are] bound to inspire imagination and creativity and awaken in scores of young people a yearning and talent many don’t know resides in them.”

Daly-Lipe explained inspiration is more important more than ever given the state of the world. “We really, really need to get back to recognizing who we are. To recognize is to re-know, to re-know ourselves and to recognize our human quality of sharing and caring. I think we’re losing that, and I don’t want to see it lost. I want it to come back.”

If you’re interested in hearing more about Daly-Lipe’s stories, from the untold stories of La Jolla, California to the beginnings of Miami – with a few horse anecdotes and stories about nature and others in between! – you can visit her website by clicking here.