Blog - Latest News
You are here: Home / Around The Web / World / How Two of The Biggest Economies in The World Are Losing The Battle With... 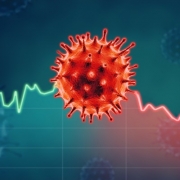 The current coronavirus pandemic is a global incident that has not been witnessed in living memory so it is understandable that mistakes would have been made. However, it is starting to become clear that both here in America as well as in the United Kingdom, there were more mistakes than were necessary – at huge costs.

President Donald Trump recently referred to the catastrophe as ‘worse than the World Trade Center’ and the UK is seeing a death toll that is ‘worse than the Blitz’ – a reference to the huge number of lives lost during the Second World War.

Britain has seen a surge in the numbers of lives lost and now have the highest loss of life in Europe with more than 30,000 deaths. Meanwhile, America has lost over 77,000 lives, the highest number of all the countries and territories in the world. A recent draft report from our government has seen projections of around 3,000 deaths per day by the beginning of June. The 9/11 terror attacks resulted in 2,977 deaths.

While these figures are extremely high it is important to remember that each country is recording their death tolls in different ways with some quoting the number of people with coronavirus actually on their death certificates while other countries are including all covid-19 related deaths. The UK saw a spike in their numbers recently after they decided to include all deaths in care homes, something that many other countries are still not factoring into their totals.

Many experts are now looking at per capita death rates and how those with higher fatality rates are more densely populated countries. At the time of writing America has over 77,000 deaths while Belgium has nearly 8,500. While these figures are vastly different it is worth noting that Belgium has much lower population compared to America. When compared in this way Belgium has 736 deaths per million while America has 230.

However both the UK and America do not seem to have a complete grasp on their handling of the pandemic. In both countries experts are predicting a ‘second spike’ in the summer which could be partially caused by reopening the countries too early.

Despite the per capita death rates the two countries still has a death toll that is far too high in this day and age, especially with the forewarning that came with the virus. Many have laid the blame for this tragedy at both Trump and British prime minister Boris Johnson’s feet, saying both leaders delayed any type of response, allowing the disease to spread across their countries. Johnson initially opted for the ‘herd immunity’ option before public opinion – as well as decisions made by big businesses including the English Premier League – forced the government to change their tactics.

Meanwhile Trump’s announcement in February that he believed the virus would disappear ‘like a miracle’ seems foolhardy in retrospect. While Johnson placed the UK under lockdown on March 23 and America started seeing stay-at-home orders from March 15 the damage had already been done. In fact by the end of March it had been confirmed that Johnson himself had been showing signs of coronavirus, eventually spending time in intensive care where he says doctors ‘saved my life’.

It seems the main issue between countries such as the UK and America and countries like Germany – who have so far had just under 7,400 deaths – is the lack of testing and tracing. Germany first started tracing the virus after a Chinese visitor to a car parts factory in Stockdorf was found to have the disease in January. These prompt actions have been praised for Germany’s low figures.

Such delays in both America and the UK have been looked at unfavorably and with Trump determined to get the country’s economy moving again, it seems that he is keen to drop testing for the virus.

Experts have recommended that America should ‘stay shut’ due to the high number of confirmed cases in the country. However Trump appears to be more concerned with how his country looks, even saying, “In a way, by doing all this testing we make ourselves look bad”.

In the UK there has been difficulties keeping to their own daily testing goals as they continue to struggle with all forms of testing outside of their hospitals. With the country’s National Health Service (NHS) already struggling following years of budget cuts, front line ‘key workers’ have had to continue working with a shortage of personal protective equipment (PPE). A recent delivery of 400,000 PPE kits from Turkey has been refused as they failed to comply with health and safety standards.

While both countries have furloughed millions of staff, some American citizens have continued to work due to financial worries, putting both their own health and those of those close to them at risk.

Travel Sector Starting To Bounce Back
Scroll to top