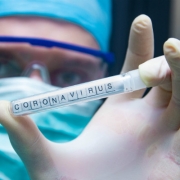 The news that an 80-year-old poet has become infected by Covid-19 while in prison has caused outrage throughout India as well as attracting the attention of the country’s human rights commission.

Poet Varavara Rao has been in jail for allegedly inciting caste violence since 2018 and the commission has ordered for him to receive treatment at a private facility following complaints from his family that he was being neglected.

Mr Rao, a Maoist ideologue, has continued to refute the allegations and so far has not been charged. Mr Rao also supports progressive thinking and ideas, something that has been seen as ‘radical thinking’.

Claims that Mr Rao was not receiving appropriate treatment saw the National Human Rights Commission (NHRC) place an order that not only means Mr Rao will receive the right care but also that his expenses will be covered by the state seeing as he is their responsibility as a ‘trial prisoner’.

UN special rapporteur for Human Rights Defenders Mary Lawlor was one of many who campaigned for Mr Rao across social media after it was revealed by his family that he was being held in poor conditions at the state hospital. His family also confirmed that Mr Rao was ‘delirious’.

Furthermore, they claimed that after they were finally allowed to visit him in hospital they found he had been left unattended and was on a bed that was soiled as well as covered with urine. It has also been reported that Mr Rao was so ill he was unable to recognize his family members, including his wife and children.

The poet had been left in jail and was only moved to the hospital following a press conference and statement by his family that claimed he was being denied the necessary medical attention.

Titled ‘don’t kill Varavara Rao in jail!’ the statement claimed that Mr Rao was so ill he was unable to carry out simple hygienic activities – such as cleaning his teeth – without help from his cellmate.

The Maharashtra state has seen Covid-19 sweep through the area and the recent revelation has caused many to question why prisoners such as Mr Rao are continuing to be incarcerated.

The courts have continued to refuse Mr Rao bail even though his lawyers have repeatedly applied for his release. He has now spent two years in jail however his case is as yet to be taken to court.

Although Mr Rao has spent time in jail before many believe that the current prison term is equivalent to the ‘state imposing capital punishment without trial.’

In the last 47 years, Mr Rao has spent over 10 years in prison after being blamed for provoking Maoist revolutionaries thanks to the many speeches he has given alongside his writing. He has also been accused of creating conspiracies in an attempt to have elected state governments removed from power.

While Mr Rao has many supporters who believe his ideology is outstanding as well as his integrity there are also several critics who find both him and his ideas out of date and provocative.

Mr Rao has often been described as India’s ‘greatest internal security threat’ which although should show how damaging Mr Rao is, it actually shows that India has low levels of tolerance of those who oppose political leaders.

Currently Mr Rao is being held under the Unlawful Activities Prevention Act (UAPA) along with other writers and activists. The law is classed as an anti-terrorism law meaning that it is virtually impossible for those accused to be granted bail.

He is being accused of ‘instigating caste violence’ in January 2019 in Bhima Koregaon village at a Dalit rally which Mr Rao denies.

Many have called for his release including over 100 intellectuals from across both India and the world. Homi K Bhabha and Noam Chomsky have both demanded he be released and many international organizations have said they have concerns about the situation.

Detaining activists has been slammed as ‘politically motivated’ and ‘wrongful’ by Human Rights Watch who have also called into question why Hindu nationalist leaders have not been investigated over claims they had participated in the rally’s violence.

Furthermore, the European Parliament Subcommittee on Human Rights has written to Home Minister Amit Shah to discuss their concerns about the ‘intimidation and harassment of human rights defenders’ by Indian authorities.

Mr Rao was born in 1940 in the village of Warangal and went on to study at Hyderabad’s Osmania University. Mr Rao became the face of Virasam in the 1970s, traveling around Andhra Pradesh to meet with ‘peasants’ to discuss their human rights. The movement – and any writings connected with it – would be banned several times over the following 50 years.

Secretary Of State Seeks To Improve US Human Rights Efforts

The Art of Wellbeing: Kanye’s Breakdown in His Race To Become The Next Pr...
Scroll to top