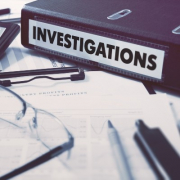 President-elect Joe Biden’s son, Hunter Biden, has said his tax affairs are being investigated. Hunter Biden was a focus of attacks from Donald Trump and his Republican allies during the build-up to the election.

“I learned yesterday for the first time that the US Attorney’s Office in Delaware advised my legal counsel, also yesterday, that they are investigating my tax affairs,” Hunter Biden said in a statement Wednesday.

“I take this matter very seriously but I am confident that a professional and objective review of these matters will demonstrate that I handled my affairs legally and appropriately, including with the benefit of professional tax advisors,” he said.

According to Hunter Biden, the US Attorney’s Office in Delaware is investigating his tax affairs, news he found out when investigators told his lawyers of their actions. CNN has reported that the investigation began in 2018 and that investigators are examining more than one financial issue, including whether Hunter Biden and his associates have been violating tax and money laundering laws in business dealings in foreign countries, especially China.

A statement from Joe Biden’s transition team said he is “deeply proud of his son, who has fought through difficult challenges, including the vicious personal attacks of recent months, only to emerge stronger”.

During his campaign trail, Trump spent large amounts of time trying to tie the business dealings of Hunter Biden to his father, even going as far as to make it a key part of his stump speeches and even directly going after Biden in September during a debate.

“Once you became vice president he made a fortune in Ukraine, in China, in Moscow and various other places,” Trump said during the first presidential debate.

“Lock up the Bidens … Lock them up. Can you imagine if my kids did what this guy Hunter’s doing?” Trump said during a rally in Macon, Georgia on October 16. “And when you look at what they get away with … And by the way, Biden’s brother, try that one.”

The New York Post published a series of 2015 emails in October, including one that apparently showed Hunter Biden arranging a meeting between a Ukrainian businessman and Joe Biden, who was vice president at the time.

While there was a dispute as to the authenticity of the emails, Trump and Republicans were still able to act as if the report was “smoking gun” evidence that Joe Biden and his family were up to no good. Joe Biden responded to the story in an October interview with CBS News, branding it a ‘smear campaign’ by Russia and Rudy Giuliani.

But Reuters news agency quoted a source “familiar with the investigation”, who said: “This is not related to the attacks the Trump team and their allies made against Hunter during the campaign.”

“We remain in the midst of one of the worst economic and job crisis in modern history. But it doesn’t have to stay that way. If we act now. Now, I mean now, we can begin to regain momentum and start to build back a better future. There’s no time to lose,” President-elect Joe Biden said during a speech last week.

“And it’s deeply troubling that last month’s drop in overall unemployment was driven by people who were dropping out of the job market, not because more people were being hired. Dropping out of the job market altogether. They’ve lost hope of finding a job or they’ve taken full-time caregiving responsibilities as child centers remain closed and their children learn remotely.

“Over the past three months, 2.3 million more people are long-term unemployed, meaning for 23 weeks or more. By far the largest increase on record. This is a dire jobs report. It’s a snapshot, I might remind you, up to mid-November,” Biden said.

“Before the surge in COVID cases many predicted and the deaths rise that we’ve seen in December, as we head into a very dark winter ahead. For example, since October, cities are down 21,000 educators, just as schools need more help in fighting against the pandemic.

“A couple of days ago, I spoke with a school crossing guard, a server, a restaurant owner and a stagehand. Good people. Honorable people. Decent, hard-working Americans from across the country. It reminded me of my dad, who lost his job in Scranton and eventually moved our family to Delaware, just outside of Wilmington, a place called Claymont. He used to say, you’ve heard me say it before, ‘Joey, I don’t expect the government to solve my problems, but I expect them at least to understand my problems,’” he said.

“The folks I’m talking about, the folks out there aren’t looking for a handout. They just need help. They are in trouble through no fault of their own. Nothing they did caused them to have hours cut or lose their job or drop out of the market. What they need, they need us to understand. We’re in a crisis. We need to come together as a nation. We need the Congress to act and act now.”