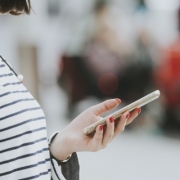 Businesses across the world have been severely hit thanks to the economic impact of the coronavirus pandemic however one company is working to ensure small businesses can continue to survive.

Gojek, Indonesia’s ‘ride-hailing’ start-up, have announced they want to help small businesses move online and in doing so, will help reduce the gap between themselves and global companies.

Starting in 2010, Gojek has expanded their growth into other areas such as logistics, digital payments and food delivery and has moved into 207 cities in five different Southeastern Asian countries.

Earlier this month Gojek confirmed that they had acquired investment from PayPal and Facebook, which they believed would help improve its financial, and payment services, not just in Indonesia but the surrounding areas.

CEO of GoPay, Gojek’s payments company, Aldi Haryopratomo explained their aims saying, “When global companies want to come in into Indonesia and access the potential of the market, it’s not like you can do some big enterprise deal. Our market is comprised fundamentally of small and medium-sized businesses.”

According to experts, Gojek is able to provide investors such as Facebook with local knowledge of the different markets in Southeast Asia therefore enabling global technology companies to succeed.

So far, the Covid-19 pandemic has seen nearly 7.5 million people across the world become infected with nearly 420,000 deaths. The effects of the virus has seen many small business owners lose their income due to a combination of government issued lockdowns and stay-at-home orders and families having less money to spend due to many employees losing their positions.

In Indonesia the pandemic has seen many brick and mortar businesses being moved online which, according to Haryopratomo, is something that could have taken many years. However with the pandemic hitting virtually every country and territory in the world, online business is bigger than ever.

Gojek announced that in the last three months nearly 100,000 small and medium sized business had moved their businesses online, utilizing both Gojek’s services and their platform. Compared to pre-coronavirus, only 500,000 businesses had made the move throughout the previous two years.

However, there are many companies that are unable to move online due to a lack of tools or skill set, while many are also struggling to accept the many different ways of digital payments that are available. By providing a range of services Gojek wants to be able to help businesses achieve a higher level of global tech facilities.

“I can say we are in a really good position to continue to grow and really serve our merchant partners and drivers. Right now what’s important is to make sure that you build the right foundations.

“What we want to do, as Gojek and GoPay, is be that person that helps these merchants, or that organization … that helps them get through this crisis — whether it’s providing food delivery services for them, logistics services, payment services and even access to these platforms.”

He continued, “These merchants want access to Google, Facebook, PayPal, and then we become the bridge between the small merchant on the street to some of the world’s global tech companies”.

With investors including Tencent, Temasek and Google, Gojek is currently valued at around $10 billion.

Meng Liu, analyst for Forrester, commented on the company’s announcement saying that Southeast Asia’s payments sector was still in its first stages and that the industry could be worth billions.

With Gojek working with social media giant Facebook, the company would be able to embed their digital wallet within its platform. This would allow Zuckerberg’s company to begin expanding their payments and financial services into the region.

Currently around half of all of Gojek’s transactions in Indonesia are being processed by GoPay, with over half a million retailers now using the service as a form of payment in their stores.

Over the last few years Gojek has continued to grow, buying financial technology companies such as Moka and Midtrans, helping make Gojek create an ecosystem that is able to target business owners. Haryopratomo believes Gojek’s “goal is that we want to be the organization that provides a holistic solution for the merchants to grow their business.”

Yet when asked if Gojek had a specific plan for when their payments services would be implemented in different sectors Haryopratomo said, “I can say we are in a really good position to continue to grow and really serve our merchant partners and drivers. Right now what’s important is to make sure that you build the right foundations.”

He also confirmed that the company’s main strategy was to continue creating its services within Indonesia, with the aim to sell them to other businesses around the world.

Arizona, California, And Florida Among States With Record-Breaking Coronavirus...

Can We Stop a Second Wave of Covid-19?
Scroll to top