Blog - Latest News
You are here: Home / Around The Web / World / Is BP’s Bold New Pledge To ‘Reinvent’ The Oil Firm A Step Too Far?... 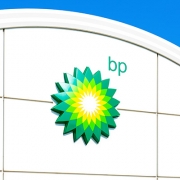 In the continued fight against climate change, global oil firm BP’s new chief executive has revealed bold and ambitious plans to help tackle its environmental impact. But is it just a pipe dream?

Bernard Looney has unveiled his intention to implement a new ‘global energy system’ alongside a number of targets designed to help the company contribute to the fight against climate change. Despite good intentions, some of his proposals have been met with criticism, particularly their pledge to become net carbon zero by 2050, which is an industry first. There are also plans to reduce the intensity of the carbon emissions by half over the next 3 decades.

The focus of the efforts are on streamlining current processes to allow a greater focus on their new direction, although they have said that over time they will place a greater emphasis on their non-oil and gas offerings. This is an area which will undoubtedly need further exploration and planning, but has been placed firmly on the agenda for the future.

It is a bold move, but arguably one which is inevitable, given the increasing pressure being placed on energy companies thanks to the 2015 Paris Climate Agreement. This calls for companies to take action to help limit global warming to below 2 degrees Celsuis, when compared to pre-industrial levels.

It is also abundantly clear that fossil fuels are a finite resource, and that if we continue as we are eventually, demand will completely outstrip supply. Oil takes literally millions of years to form and so there is no quick route to generating more of it, despite many industries relying on it across the globe. Furthermore, the damage being done through the mass utilization of fossil fuels is significant and will force the planet into an irreversible global warming spiral if action is not taken fast to halt and ideally reverse the impact.

Clean energy has been the focus of many initiatives over the years, but without mainstream investment in changing the very infrastructure of many industries, its impact is always going to be limited. What is needed is a complete transformation in the way energy is produced, managed and distributed, rather than trying to fit it into existing mechanisms and structures.

Whilst many climate activists are skeptical of whether BP can even pull this off, at least there are intentions being set from the top, with the chief executive laying out his vision for the company and encouraging those within the organization to embrace this too. Clearly, BP’s core business goes against the grain of clean, carbon-free living, but the reality is that governments are unlikely to shut these businesses down or ban oil production any time soon. Despite being accused by some observers as a clever marketing ploy to continue operating business as usual despite the damage being caused to the planet, surely it is better for these companies to be doing something than nothing at all?

Ultimately, we may see the complete ban on fossil fuels in the future, and when this time comes it could be the end of companies such as BP if they choose not to take any action. But by transitioning their business to a more carbon-neutral position and investing over time in cleaner energy options, we could in fact see some of the biggest contributors to carbon emissions actually leading the way and helping entire sectors to make the switch to greener, cleaner options. They have the infrastructure, financing, exposure and resources in place to develop innovative solutions and disperse them across the globe in a way that newer, small entrants would be unable to achieve in the same timeframe.

There are those who feel that a company who is so deeply entrenched in oil simply cannot persuade its board and shareholders to forfeit significant amounts of profit in the pursuit of a cleaner, greener approach, but ultimately, do they have much choice? Their hand is likely to be forced at some point, so any smart business person would see that changing position voluntarily gives the best possible chances of benefiting financially in the future, even if this means a complete u-turn on certain plans or areas of the business. BP has a golden opportunity to be seen as pioneers of the energy world by making such a bold and ambitious move, and others may well follow suit in the months and years to come. But BP, and its chief executive, will always hold the first mover advantage and all of the benefits that come with this coveted top spot position.

The future of the oil industry is uncertain, so those brands who are able to drive forward their vision for a new future that supports the reduction in global warming are far more likely to survive the test of time than those who bury their heads in the sand and simply claim that nothing can be done.

Americans Flock to Fiji, And You Can See Why