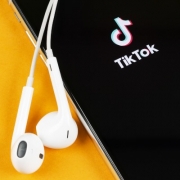 Mike Pompeo, Secretary of State has suggested that the White House administration has been ‘looking at’ banning these apps and they are “taking this very seriously.”

Responding to questions over the security levels of these apps Pompeo responded, “With respect to Chinese apps on people’s cell phones, I can assure you the United States will get this one right too.” He continued, “I don’t want to get out in front of the President [Donald Trump], but it’s something we’re looking at.”

Fuelling rumors of spying, Pompeo continued to suggest that people who download TikTok should only do so “if you want your private information in the hands of the Chinese Communist Party.”

In response, a TikTok spokesperson has said, “TikTok is led by an American CEO, with hundreds of employees and key leaders across safety, security, product, and public policy here in the US. We have no higher priority than promoting a safe and secure app experience for our users. We have never provided user data to the Chinese government, nor would we do so if asked.”

Tensions between the two countries have always been strained but they have increased significantly in the last six months, mostly due to what Trump keeps referring to as the “Chinese virus”, coronavirus. These tensions have spilled not just into technology but also into both trade and security.

ByteDance, a start-up based in Beijing, owns TikTok and has continued to be criticized by politicians across America who have declared the app as a significant threat against national security.

Although allegations have varied, the main focus is that the company may be persuaded to “support and cooperate with intelligence work controlled by the Chinese Communist Party.”

TikTok has continued to dispute these claims, saying they operate as a separate entity from ByteDance. They have also confirmed that all of their data centers are operated outside China while none of the data collated is subject to Chinese law.

Furthermore, all data from American users is actually stored in the United States and the backup is based in Singapore, therefore making any national security concerns “unfounded.”

TikTok has become a massive hit not just in America but also across the world – predominantly within western countries, and has become the first social media platform from China to achieve such global success.

According to analytics company Sensor Tower, the first quarter of 2020 saw record-breaking numbers of downloads of the app topping more than 315 million. However it is not just in America that the company has had issues.

India has confirmed that they will be placing a ban not just on TikTok but also on nearly 60 other popular Chinese apps after the Indian government announced they believed China to be “engaged in activities… prejudicial to sovereignty and integrity of India, defence of India, security of state and public order.”

Tensions have been increasing between the two countries following a six-hour battle on the Himalayan border after the Indian army removed temporary structures that the Chinese military has installed on remote terrain that had already been claimed by India.

Australia is also considering a ban of the app with a federal MP suggesting that there are plans to put the company in front of the Foreign Interference through Social Media senate inquiry, saying that there were concerns it was being used to collect data.

The unnamed MP has also confirmed that there are several members of parliament pushing for the ban, stating their beliefs that the app is an even bigger security threat than other Chinese apps such as WeChat.

Kimberley Kitching, a member of the Foreign Interference committee commented, ‘Given that there is credible evidence to suggest that TikTok users’ data has been sent back to servers in China where it can then be analysed and used by authorities to identify and build profiles to track users, it would be entirely appropriate for senior representatives from that company to appear before the committee to answer questions on this.’

In the UK social media experts do not believe the app will be banned ‘just because the US wants to’ however they are having their own concerns of Beijing based technology giant Huawei following concerns over surveillance by the company. In particular an assessment by the Government Communications Headquarters (GCHQ) that concluded that the company posed a major security risk, specifically for British intelligence which has led British Prime Minister Boris Johnson to overturn a previous decision to allow the company access to the country’s 5G networks.

A report has also claimed that the Chinese government has conducted a campaign specifically to manipulate senior politicians as well as academics and ‘elites’, in an attempt to brainwash them into becoming “full-time agents” or “useful idiots”.