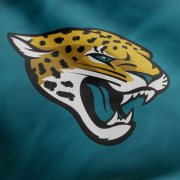 The Jacksonville Jaguars have fired head coach Urban Meyer just eight months into his tenure, finally bringing an end to what was one of the rockiest and most bizarre NFL coaching debuts in recent memory.

The final straw for Meyer came Wednesday, when former Jacksonville kicker Josh Lambo claimed that during a practice in August, Meyer came over, kicked him in the leg, and told him, “Hey, dip—-, make your f—ing kicks!” Lambo told Meyer to not “ever f—ing kick me again,” to which Meyer replied, “I’m the head ball coach, I’ll kick you whenever the f— I want.”

Lambo added that later on, Meyer approached him and told him that if the kicker ever spoke to him like that again, he would be gone. In response to the accusation, Meyer stated it was “completely inaccurate,” and that Lambo never brought the situation up in any meetings they had.

“After deliberation over many weeks and a thorough analysis of the entirety of Urban’s tenure with our team. I am bitterly disappointed to arrive at the conclusion that an immediate change is imperative for everyone,” team owner Shad Khan said in a statement Thursday.

“I informed Urban of the change this evening. As I stated in October, regaining our trust and respect was essential. Regrettably, it did not happen.”

According to Khan, offensive coordinator Darrell Bevell will become the interim head coach, while general manager Trent Baalke will continue to operate in the position. It’s the second year in a row that Bevell will act as an interim HC – he took over the role in Week 13 for the Detroit Lions in 2020, finishing with a 1-4 record.

Meyer, a three-time college football champion, finishes his time in Jacksonville with a 2-11 record, tied for last place in the AFC South with the Houston Texans. The team currently ranks last in the NFL in points and 30th in offensive yardage.

Meyer’s reign was tumultuous from the start. Just days after his hiring, he hired former Iowa strength and conditioning coach Chris Doyle, who was accused of making racist comments and bullying while with the Hawkeyes. Doyle quickly resigned after criticism arose.

The following months would bring more controversies. Meyer’s drafting raised some questions – despite undrafted rookie James Robinson rushing for 1,070 yards and seven touchdowns in 2020, the team picked RB Travis Etienne with the second of their two first-round picks.

Meyer’s activities during training camp and the preseason prompted NFL actions. Meyer was fined $100,000 for excessive contact, while the NFLPA launched an investigation after Meyer stated he and Baalke included a player’s vaccination status in their considerations during final roster cuts.

It didn’t get much better during the season. The team often looked unprepared and outmatched, with numerous key players showing little to no improvement in their play. A day after a loss that dropped them to 0-4, Meyer was spotted at his restaurant in Ohio, with a young woman who wasn’t his wife. Despite the incident, team owner Shad Khan continued to stand by the head coach.

Throughout the process, the locker room became more and more alienated. Wide receiver Marvin Jones Jr. had to be convinced to return to the Jaguar’s facility after Meyer’s criticism of the wide receivers. Jones Jr. and Meyer reportedly had a heated exchange following Jones Jr.’s return.

According to NFL Network, Meyer also went after his coaching staff — handpicked by himself — calling them “losers” and questioning their résumés. After Sunday’s 20-0 loss to the Tennessee Titans — only the fourth shutout in team history — Meyer said that claim wasn’t true and although Jones Jr. met with him, their conversation wasn’t heated.

Jacksonville will now look to end the season on a positive, less drama-filled note. The Jaguars could also get a head start on the search for a new head coach, as NFL owners approved a rule change on Wednesday that allows teams to start interviewing candidates two weeks before the end of the regular season. 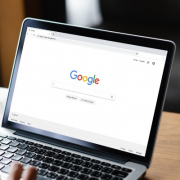 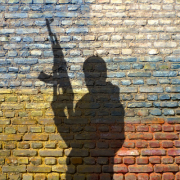 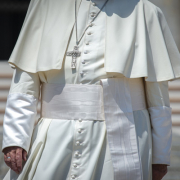 For This Caricature Artist, First Impressions Are A Vital Key | Christine G...