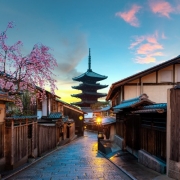 Japanese Prime Minister Shinzo Abe has announced his resignation because of poor health. The 65-year-old is Japan’s longest serving premier and had one year of his term remaining, but he said he was unable to remain confident he could complete his role sufficiently. Abe has suffered from ulcerative colitis since his teenage years and two hospital visits in a week raised questions across the country of his suitability to continue running the country until the next election in September 2021. “I cannot continue being prime minister if I do not have the confidence that I can carry out the job entrusted to me by the people,” Abe said during the press conference in which he announced his resignation.

“I apologize from the bottom of my heart that despite all of the support from the Japanese people, I am leaving the post with one full year left in my term and amid the coronavirus woes, while various policies are still in the process of being implemented,” he continued, forcing back tears at times during the speech. This is the second time that his ulcerative colitis has forced Abe to resign as Japanese prime minister, having to abruptly end his first stint at the helm of the country in 2007 because of poor health.

Abe was re-elected in 2012 and last year became the longest serving prime minister in Japanese history. The Liberal Democratic Party leader is known for being a strong-willed conservative and proud nationalist, as well as for stimulating strong economic growth with his aggressive economic style, commonly referred to as’ Abenomics’. The resignation signals a leadership race in the Liberal Democratic Party that will take place over the next couple of weeks or so with the winner then needing to be formally elected in parliament. Abe’s successor will take the helm for the remainder of the 65-year-old’s intended term – until September next year.

Shigeru Ishiba, former defence minister, and Fumio Kishida, former foreign minister, have both already placed their names in the hat, while it has also been reported that Abe’s close aide, Chief Cabinet Secretary Yoshihide Suga is in the running for the top job. Media reports coming out of Japan suggest that Abe’s first choice to replace him is Kishida. It has also been rumoured that Deputy Prime Minister Tarō Asō has made himself available to be in contention for the role. It is believed that whoever emerges victorious from the party vote will aim to keep the current ‘Abenomics’ policies that are currently in place as Japan, like most countries across the world, continues to struggle with the short and long-term effects of the coronavirus pandemic. “The broad picture remains intact. In terms of economic and fiscal policy, the focus remains very much on reflation,” said Jesper Koll, senior adviser to asset manager WisdomTree Investments. “Longevity will be a struggle.”

The new prime minister will also have to face a challenging and uncertain geo-political landscape, with tensions between the US and China always rising and an election campaign in the US imminent. Because of the global coronavirus pandemic, it is an especially turbulent political and economical period of time across the world and whoever is elected will face a number of unique issues. “As head of the ruling party he worked hard on Abenomics for eight years,” said Naohito Kojima, a brokerage employee, of Abe. “There were various problems but if someone else had been leader, it’s questionable whether they could have maintained a stable government as long as Mr Abe. He did various diplomatic negotiations and I think the pros outweighed the cons.”

At the time of writing, Japan had almost 67,000 coronavirus cases and 1,255 deaths but the country has not faced the sudden surge in cases that has been seen elsewhere in the past few weeks. The virus seems to be contained well enough now but Abe faced criticism for a perceived lack of response early on in the pandemic and a so-called lack of leadership as infections spread across the country.“Prime Minister Abe has long suffered from chronic ulcerative colitis. The disease forced him to resign in 2007 – the first time he headed the government,” said Yuko Kato, digital editor of BBC News Japan.

“Now, after weeks of speculation about him being absent from the public eye despite a worrying uptick in Japan’s coronavirus cases, he is resigning yet again due to the same illness. “As the longest-serving Japanese prime minister, he leaves behind a legacy of stability and a strong centralized power base that allowed forceful stimulus policies to revive the economy. He also improved relations with the US by courting President Donald Trump, often on the golf course. “Yet his government was also mired in scandal, including talk of favoritism and willful destruction of public records. When the pandemic struck, his responses were often criticised as being slow, ineffective, and out of touch. “And perhaps importantly for Mr Abe, his cherished – and highly controversial – wish to revise Japan’s pacifist constitution under his watch, has come to naught, at least for now.”

‘The Batman’ Pauses Production After Robert Pattinson Tests Positive For...