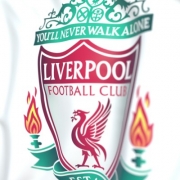 Liverpool Football Club have been crowned champions of England for the first time in thirty years. The Merseyside club lifted the English Premier League trophy in front of an empty Anfield stadium after defeating Chelsea 5-3.

Fireworks lit up the night sky throughout the second half as Reds fans in the city and across the world celebrated their club’s first ever English Premier League trophy. The final game was played in front of an empty stadium due to restrictions in place as a result of the coronavirus pandemic.

Liverpool fans across the country and world still celebrated throughout the night, however, and manager Jurgen Klopp supports ‘a party’ to celebrate the club’s success but added ‘he doesn’t know’ when it will take place.

“It’s very important to celebrate because these moments are unforgettable,” said manager Klopp, who has now added the Premier League trophy to a growing list of honors won since joining the soccer club in 2015. “We have pictures from the season and now we have pictures of the celebrations and we will create pictures in the future with the parade with our supporters.

“The boys have time together tonight. It’s difficult out there still for a lot of people but tonight we couldn’t hold back, we had to come together.”

With title success confirmed weeks ago, Liverpool came into the home fixture against London side Chelsea knowing they were to lift the trophy at the end of 90 minutes and playing only for pride and in the hope of breaking and setting new records. The home side played with an impressive intensity and went three goals to the good in the first half but were pegged back in injury time by an Olivier Giroud effort. Chelsea, needing a win to ensure Champions League soccer next year, threw men forward in the second half but goals from Roberto Firmino and Alex Oxlade-Chamberlain ensured the Reds celebrated in style with a 5-3 victory.

“The last two years since Jurgen came in, it has been very, very positive all the way. He’s been fantastic and he epitomizes everything that Liverpool stands for. He respects everyone at the club,” former Liverpool manager Sir Kenny Dalglish told Sky Sports.

“It’s not just a one-off as last year they came within a point of it and won the European Cup and a World Club Cup too, so onwards and upwards and I think there will be plenty more days to look forward to as long as Jurgen is there.

“It takes a fantastic dressing room to win things. You don’t win anything with division, it takes solidarity, and Liverpool from top to bottom have been together,” said Dalglish, who was in charge of the club when they won their last league title in 1990.

Under Klopp, this Liverpool side broke the record for the earliest in the season a team has ever won the Premier League title, although because of the coronavirus pandemic it came at the latest time in the calendar year it has ever been. With one game to play, Liverpool have an impressive points total of 96, 18 points above their closest challengers Manchester City.

“To be honest, I’m lost for words at the minute. It hasn’t really sunk in. You never really think of this end moment, you’re just always concentrating on each game and then when this moment comes, I can’t really describe it,” he said.

“I said after the Champions League final that it wouldn’t be possible to do it without the manager and it’s the same with this title. Everything from when he came in, and that’s no disrespect to the managers before him or who I’ve worked with before, because we have come close, but I felt from day one, he came in the door and he just changed everything.

“Everybody followed him and we all did what he said and believed him and so far, it’s been pretty special. It’s been an amazing journey and I hope we can just continue in this, stay hungry, keep wanting more and keep following him.

“I think a lot of it [Klopp’s personality] is what you see. When you see him doing his press conferences, when you see him on the sidelines, that is what he’s like. Obviously he’s got a bit more of a personal side to him that you might not see.

“He’s a leader and obviously he’s a great human being. He’s got a great balance of having a relationship with the players and being a friend, but also being able to give them a telling off and maybe not so kind at times as well and a little bit ruthless. The biggest thing he’s got is that no matter what, we all follow him, we all believe in him and he’s took us to this point. This wouldn’t be possible without him.”

The Crown Estate Reverts To Turnover Based Rents To Aid Retailers in Coronavirus...
Scroll to top