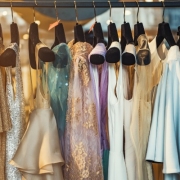 As with many of the popular lifestyle and cultural events that many look forward to every year, London Fashion Week has also been moved predominantly online due to the coronavirus and the gender-neutral showcase of the SS21 collections began this week on Thursday 17th September, running until Tuesday 22nd September.

This is not the first London Fashion Week to have been held virtually. In June, the event was adapted and took place online in order to comply with the lockdown restrictions in place. Vogue Business reported that the June event was a “mixed bag” and that for the September event the British Fashion Council has intended to hold a mixture of physical and digital events, but this has been made slightly more difficult due to the current restrictions and increasing unease on the rising number of cases. Prior to the beginning of the event, Dylan Jones, chair of menswear at the British Fashion Council, has said saying; “You’re always going to see more innovation in London. I do think there’s something in the water. We’ve always been very good at tradition, and always very good at rebellion.” So how is the set up of London Fashion Week going to be different this year?

The September showcase is set to include a mixture of physical and digital events unlike anything seen before in the history of the event. As reported in The Independent, a majority of the real-life shows have been replaced by digital versions however “a handful of designers staging socially-distanced small shows and appointments that members of the fashion industry can attend.” Some of the most important industry insiders will also be invited to view collections through intimate, one-on-one appointments. The full schedule can be accessed here with the London Fashion Week website stating “The schedule will host over 80 designers including 40 womenswear, 15 menswear, 20 menswear & womenswear and 5 accessories brands. There will be a total of 50 digital only activations, 21 physical and digital, 7 physical only and 3 designers who will activate through a physical evening event only.”

Initially, brands including Molly Goddard and Simone Rocha had opted for “salon-style shows” but have since swapped to the previously mentioned appointments in response to the increasing case of coronavirus, demonstrating the importance of safety to everyone involved with London Fashion Week. Whilst some of the international designers have chosen not to present this year, many of the most infamous British designers will still be revealing their Spring/Summer 21 collections including Vivienne Westwood, Temperley London and Bethany Williams.

The power of the digital medium has been fully maximised by many of the designers that will be showing their collections this fashion week, with a majority choosing to stream their debuts online through the British Fashion Council website. This will not only draw in a new audience who can watch the shows from the comfort of their own home, but will also bring a sense of normality to fashion fans who look forward to seeing the new collections twice a year.

Whilst there are still many designers opting to showcase their SS21 collections either physically or digitally through the London Fashion Week platform, prominent UK-based designer Roland Mouret has instead chosen to showcase and sell his new collection via Amazon Prime’s new Luxury Stores platform. As reported in The Guardian, instead of a traditional catwalk show, Mouret’s collection will be revealed in a one-minute video on Amazon. Whilst this is a further example of Amazon making headway into other industries, Roland Mouret is not the first designer to sign up to the Luxury Stores platform as he follows in the footsteps of recognizable American brand Oscar De La Renta, and prices will remain the same.

One of the most popular shows every year at London Fashion Week is the Burberry offering, which is spearheaded by famed creative director Riccardo Tisci, and this will kick off the first day’s events. Burberry are famed for their innovative shows that often incorporate different visual and audio effects, but this year they are opting to reveal their collection in a slightly different format. The brand has been live streaming its shows since 2010, but this year will be streaming an outdoor show via twitch. A press release issued by the fashion house said; “Set in the British outdoors, the spring/summer 2021 collection will come to life on the 17 September as a live physical presentation that is open for all to experience digitally opening new spaces to our global community as we reconnect with nature and each other”.

Other hotly anticipated shows include Victoria Beckham, who has opted for a digital show, and Richard Quinn who will close the week’s program with a film on the 22nd September.

Whilst the coronavirus pandemic has created many challenges for the fashion industry, it has also caused many fashion houses to think completely outside the box and helped to reduce the pollution generated by the shows, as reported in the Independent. The digitalization of London Fashion Week is set to help bring luxury fashion into the homes of a new audience whilst tantalizing established fashion lovers alike.