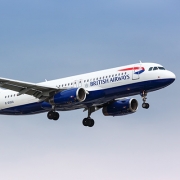 The global travel and aviation industry has seen significant damage to their profits since the world started to close down due to coronavirus in the first quarter of 2020.

However, with many countries and territories seeing a large drop in the number of confirmed cases and deaths from covid-19, many are seeing this as the time they can start to rebuild their businesses where they can.

Several airlines have gone into bankruptcy or administration while many more have had to ask their governments for loans and grants to help them survive.

So with countries now announcing dates that some sort of cross-border travel will be allowed it makes sense that the travel industry can finally start to rebuild itself.

However Great Britain has chosen to take a different route. Although they announced their recommendation that all unnecessary travel should be cancelled they never actually closed their borders or implemented any form of quarantine, something that countries such as Australia and New Zealand chose to do early on in the pandemic with fantastic results.

Instead the government has chosen to implement a 14-day self-isolation style quarantine to any travelers coming into the country. With those rules coming into force on June 15 it seems that rather than welcoming passengers to the country – albeit in an arranged ‘travel bridge’ – they are making visitors more unwelcome than during the peak of the pandemic.

All passengers, including returning British citizens, will be asked to complete a “public health passenger locator” when arriving in the country whether they come in by air, ferry or the Channel Tunnel – a train service that links the UK to France. They will also be asked to provide the address where they will be self-isolating. However in a move that seems to undermine the rules, passengers will be able to travel to their chosen accommodation via public transport as well as be able to go to the store to get their groceries.

Anyone who refuses to provide an address could be handed a penalty of around $126 while anyone found to be violating the rules could face a fine of $1260.

This is a move that has angered many, in particular the country’s airline companies. Currently the three biggest airlines in the country have filed papers to the high court in which they are requesting an urgent judicial review of the quarantine laws the government are saying they need to abide by.

British Airways, Ryanair and easyJet have all claimed that the new laws would have a longer, more detrimental effect not just on the UK’s tourism but also the economy.

The already struggling companies are claiming that the rules, which they believe are untenable, could cost thousands more jobs in an industry that has already seen an increase in the number of staff that have lost their positions.

A letter was sent to the British government outlining the airlines request to start a legal challenge, and court proceedings are now active with the airlines insisting a hearing is arranged urgently.

There had been reports that the government was considering ‘travel bridges’ between themselves and other countries – predominantly within Europe – that had reported low levels of continued cases of coronavirus, however all three airlines have confirmed they have not seen any evidence of this, nor have they been told if and when the procedure would be introduced.

Ryanair group chief executive Michael O’Leary has already declared that he believed that the new quarantine policy is “worse than useless” and along with British Airways and easyJet has asked the government to take another look at an earlier policy from March which saw quarantine rules only apply to passengers that were coming into the country from ‘high-risk’ destinations.

In the letter they said, “This would be the most practical and effective solution and enables civil servants to focus on other, more significant issues arising from the pandemic while bringing the UK in line with much of Europe which is opening its borders mid-June.”

It is not just Mr O’Leary who has made his thoughts clear. British Airways’ parent company International Airlines Group (IAG) has also spoken out with chief executive officer Willie Walsh calling the new rules “irrational and disproportionate”.

Furthermore, the legal filing highlights the airlines beliefs that the rules are not consistent with how the government is treating those who already have covid-19 in the UK. They also believe that they were not consulted on the policy, that there is no scientific evidence that supports the rules and that by having exemptions for commuters weakens an already misguided ruling.

They are also questioning the government’s decision to ban travel between countries that have a lower number of infections than in the UK however Home Secretary Priti Patel confirmed that the rules were influenced by science and were being implemented to stop a second wave potentially coming to the country.

The government has confirmed that they will be reviewing the rules on June 29.

Facial Recognition Technology is Being Banned For Potential Racial Bias