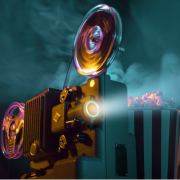 The coronavirus pandemic has taken its toll on the entertainment sector, closing local theatres, entertainment venues and even pausing Hollywood. Several major productions paused filming, whether feature length films or long-standing TV shows – nothing was immune. As the pandemic initiated lockdown procedures in many countries across the globe, many cinemas in the US and the UK have seen their doors closed since march. Some films due to release in the subsequent period, were given a digital premiere on top streaming services, notably Trolls World Tour and Disney’s’ Artemis Fowl. Other highly anticipated releases were pushed to a later date in order to still premiere in cinemas. Now, as those new penciled in dates draw closer and the pandemic is still taking its toll, major movies from Disney have been moved again, including blockbusters such as Star Wars, Spiderman, Avatar with Mulan being cancelled indefinitely.

The anticipated live action remake of Disney’s Mulan was originally due to release in March, just as the pandemic reached the US and the UK, after which, it had been postponed three times. Prior to the announcement, the film was due to release on August 21st but the third and most recent postponement brought with it no new release date. In a statement, a California-based Disney spokesperson said: “Over the last few months, it’s become clear that nothing can be set in stone when it comes to how we release films during this global health crisis, today that means pausing our release plans for ‘Mulan’ as we assess how we can most effectively bring this film to audiences around the world.”

This was soon after the US saw a rise in coronavirus cases making an impact on global film production. According to the BBC ‘the AMC and Cineworld cinema chains pushed back the reopening date for their US outlets until at least mid-August, from the end of July. New York City and Los Angeles, the two biggest markets in the US, have no concrete plans for reopening cinemas.’ In the UK, entertainment venues, including cinemas have seen a gradual reopening from the start of July, as long as strict social distancing measures are followed. However, as much of the western world’s film industry is largely interlaced with the US, this will mean UK cinemas will not host many of the year’s most anticipated films.

Disney, holding a monopoly of several major franchises also announced that the three new Star Wars movies, originally intended for December 2022, 2024 and 2026 releases will now premiere in 2023, 2025 and 2027 respectively. Earlier this year, Disney announced that director Taika Watiti (Jojo Rabbit and Thor: Ragnarok) would be directing one of the three films.

Disney-owned Marvel Cinematic Universe was originally due to release several films this year, including Black Widow. Whilst nine other films from various imprints were moved or taken off of the schedule completely, including “The Personal History of David Copperfield,” Happily, at the moment, Black Widow is keeping its already-altered premiere of November 6. Other films under the Disney umbrella still set to be released later this year include: New Mutants (28 August), The King’s Man (18 September), Death On The Nile (23 October), Pixar’s Soul (20 November), Free Guy (11 December) and the Steven Spielberg remake of West Side Story (18 December).

Unfortunately, the lingering pandemic has forced the hand of many production companies, and it is not just Disney handing out further film delays. According to Time, ‘Solstice Studios will likely delay the Russell Crowe thriller “Unhinged” until August. Earlier this week, AT&T Inc.’s Warner Bros. said it was postponing the Christopher Nolan-directed film “Tenet,” as the studio considers options that could include releasing the picture around the world on different dates.’ Highly acclaimed director, Christopher Nolan (who directed the Dark Knight Trilogy, Inception and Interstellar) was due to release Tenet earlier this year, but like many other films hit by the pandemic, the film saw many revised release dates. John Krasinski’s and Emily Blunt’s smash hit A Quiet Place story was to be continued in the sequel A Quiet Place Part II this year, but it’s release has now been moved by Paramount to April 23 2021 and Top Gun: Maverick moves to 2 July 2021. These are among many others that have announced later premiere dates or are still expected to move as the pandemic continues.

California To Become New Capital Of Coronavirus
Scroll to top