Brandon Tsay is the individual responsible for stopping the Monterey Park mass shooter at the Lai Lai Ballroom in Alhambra, California. Tsay is being hailed as a hero who saved multiple lives after disarming 72-year-old Huu can Tran, who later died due to a self-inflicted gunshot wound.

Tsay recently spoke to ABC News about the shooting which left him completely “shook.”

“It was Chinese New Year’s. We were hosting a social dance party. I was in the lobby. It was late into the evening, most of our customers had already left. I wasn’t paying attention to the front door — I was looking into the dance ballroom, the dance floor, and this is when I heard the sound of the front door quickly closing and instantly followed by the sound of metal objects clinking together as if they were rubbing. That’s when I turned around and saw that there was an Asian man holding a gun,” Tsay explained.

“He didn’t seem like he was here for any money, he wasn’t here to rob us. When he was looking around the room it seemed like he was looking for targets – people to harm. I needed to disarm him or else everybody would have died,” Tsay stated.

“Something came over me – I realized I needed to get the weapon away from him. When I got the courage I lunged at him with both my hands, grabbed the weapon and we had a struggle. We struggled into the lobby, trying to get the gun away from each other.”

“He was hitting me across the face. Bashing the back of my head. I was trying to use my elbows to separate the gun away from him, creating some distance. At this point I thought he would run away, but he was just standing there, contemplating whether to fight or to run away. I really thought I would have to shoot him,” Tsay said.

Tsay then called the police after noting that the shooter walked out of the studio and into his van. The struggle with the shooter left Tsay with bruising on his body, across his face, and the back of the head.

“After the incident, I was shook. I was shaken all night. I couldn’t believe what happened.”

“A lot of people have been telling me how much courage I had to confront the situation like this, but you know what courage is? Courage is not the absence of fear, but rather the ability to have adversity of fear when fearful events happen such as this,” Tsay explained when discussing the public hailing him as a hero.

Representative Mark Takano, who represents Riverside County near where the mass shooting took place, said the area “has vibrant communities, Asian American communities. The shooting is a tragedy of incomprehensible proportions.”

The shooting took place as the community and world celebrated the Lunar New Year, which is a very important holiday for Asian Americans.

“It’s a very joyous time of year for families to get together and to have a tragedy like this happen on the eve of the Lunar New Year is just incredibly sad and tragic,” said Takano.

“I just want to emphasize to the community that thanks to the good work of L.A. County Sheriff [Robert] Luna and his deputies, the suspect was identified very quickly. We know the suspect took his own life, so the community can feel safe from that threat,” Takano noted. 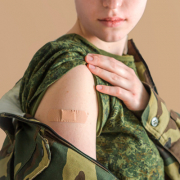 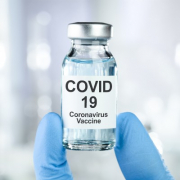 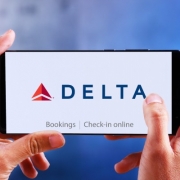 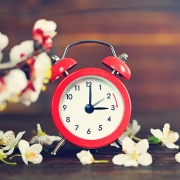 Protected: When Disaster Strikes, Will You Be Prepared? Now is The Time To Learn...