Blog - Latest News
You are here: Home / Around The Web / Travel / Mickey and Minnie Welcome Visitors Back to Their Shanghai Home 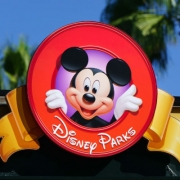 With so much of the world in some form of lockdown it is easy to become ‘institutionalized’ and to start looking back at the world with rose tinted glasses.

A good example of this is the amusement and theme park industry. While many of us are looking forward to getting back to ‘normal’ there are some that are wondering if we should embrace everything from our old ‘normality’.

When we headed to a theme park before we would happily join thousands of other visitors to stand in line, sometimes for over an hour, for rides which had already seen vast numbers pass through. Once on the rides we would sit virtually on top of people we had not met and everything we touched had already been touched by thousands before in between a rigorous cleaning schedule.

But not any more.

Walt Disney closed all their parks worldwide when coronavirus started to tighten its grip across the world, causing the company to lose significant income as well as thousands of employees either losing their jobs or at least a large drop in pay.

Finally after weeks of doom and gloom that would even upset Eeyore there has been some good news. Shanghai Disneyland has become the first of Disney’s resorts to be allowed to reopen and the eyes of the world will be on the theme park as a learning curve for how entertainment venues can cope while the pandemic continues.

While Disney kept their parks in America open until March, Shanghai was closed in January. Therefore it was no surprise when the news of the park reopening saw the first batch of tickets sold out within minutes and visitors have flocked back to the theme park, many dressed as Disney characters.

However there is a difference. Currently there is a strict capacity limit – whereas before the closure around 80,000 visitors were allowed in at any one time it has been reduced to around a third of those figures. There are also firm rules including a staggered entry for customers who are given specific time slots. Customers also have to have their temperatures checked regularly while they are also ensuring all visitors wear face masks. And of course social distancing will be enforced at all times.

Crucially, lines have been painted onto the floors to show how far apart you should line up from each other while only one group of visitors will be allowed on a in each section of a ride at any one time.

“We hope that today’s reopening serves as a beacon of light across the globe, providing hope and inspiration to everyone.”

The Disney Corporation has struggled during the pandemic and closed their resorts and parks to help stop the spread of covid-19. While the Shanghai park closed their gates in January, Tokyo stayed open until February. However by the end of March Disneyland Resort Paris and all their parks in America had also closed.

Alongside the theme park closures Disney have also reportedly lost around $1.4 billion in profits as they saw cinemas and sporting events close too.

Following the outbreak of coronavirus – which originated in China – countries around the world closed their doors. However the Chinese government has announced that museums, cinemas and other entertainment venues are allowed to reopen following the easing of tough restrictions in an effort to control the virus.

Wuhan has since announced they have had new cases of infections of coronavirus since the government lifted lockdown in the area last month, prompting fears of a second wave of the disease.

The cluster of cases were found in people living in the same area and had already been confirmed as asymptomatic, meaning they had tested positive for covid-19 but had no symptoms themselves. If a patient is asymptomatic they are not included in the official number of confirmed cases of coronavirus unless they start to show symptoms.

China is not the only country to see an increase of new cases following the lifting – or partial lifting – lockdowns. At the time of writing South Korea had confirmed 35 new infections, which were, believe to be central to an area of bars in Itaewon, Seul.

Currently over 2,450 people who had been in the area have been traced and tested but officials have confirmed they are looking for at least another 3,000.

Spikes of the virus has also been found in Europe with Germany seeing an increase in cases after social distancing restrictions were eased. Germany had reported nearly 174,000 cases with nearly 8,000 deaths however an extra 927 cases were reported in one day – with 123 deaths – prompting many to call for Chancellor Angela Merkel to consider an ‘emergency brake’ and implement a stricter lockdown than the country previously had before.