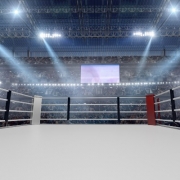 Former boxing superstars Mike Tyson and Roy Jones Jr have announced that they are returning to the ring to face off. The pair will meet for an eight-round exhibition fight in Los Angeles on September 12.

Roy Jones Jr, now 51, retired from the sport in 2018 after succumbing to injury following a unanimous decision victory over Scott Sigmon, while Mike Tyson last fought in 2005, with the then-38-year-old being retired by his corner in a loss to Kevin McBride. Now 54, Tyson has claimed he has been working harder in the gym than ever before and is ready to again show the world what he is capable of.

With both fighters now over 50 and health issues naturally a concern, it is expected that the pair will wear headgear and use larger gloves than normal. It has also been announced that the referee will put an end to the bout if it goes beyond the confines of an exhibition match played for charity.

“I am happy that this fight between me and Mike Tyson will happen! I was always ready and will be ready this time as well,” Roy Jones Jr posted on Instagram.

“In this match, the referee will have the authority to stop the fight if it strays outside the boundaries of a competitive boxing exhibition.

“Mr. Tyson and Mr. Jones Jr will have to submit all CSAC medical tests for fighters over 40 as well as CSAC’s emergency regulations that have been put in place to slow the spread of COVID-19.”

“I had no intention of going back and fighting again but, for the sake of Mike Tyson, I agree to make an exception,” Jones Jr told Russian sports outlet sports.ru.

“For me, this is an opportunity that I cannot refuse. Of all those who wanted to go into the ring with him, he chose me. And since he did that, how can I say no?”

Tyson, born in Brooklyn, New York in 1966 had an equally impressive career as Jones Jr but it was a career blighted with controversy and interrupted by a spell in prison. The 54-year-old made his professional debut at the age of just 18 on March 6, 1985, in Albany, New York, defeating Hector Mercedes via first-round TKO.

It did not take long for Tyson to become a superstar in the world of boxing and beyond as the enigmatic fighter won his first 19 professional bouts by way of knockout, with 12 of those victories coming in the first round. Soon after the belts started to reign in on Tyson, as the prodigy won the WBC title in 1986 after stopping Trevor Berbick in the second round, and added the WBA and IBF titles after defeating James Smith and Tony Tucker in 1987.

The fast-moving train that was Tyson’s career came to a shocking standstill when ‘Kid Dynamite’ was convicted of rape in 1992 and sentenced to six years in prison. After converting to Islam and adopting the name Malik Abdul Aziz, Tyson was released on parole after just three years and set about getting his career back on track.

Jones Jr is now training Chris Eubank Jr and, this week, told Sky Sports about why a fight with his new boxer’s famous father never came to fruition in the prime of their careers.

“It was never an opportunity,” Jones Jr said about Eubank Sr. “Nobody was making noise about me against the guys from England. I wasn’t in a hurry to take my title to England because I was robbed in Seoul [in the 1988 Olympic gold medal fight, one of boxing’s most controversial decisions].

“I was not a guy who took risks going overseas. I admired Chris Sr because he could box and he was different.

“It would have been an interesting fight if it ever happened. But he had Steve Collins and Nigel Benn. I had James Toney and Bernard Hopkins.

“Neither one of us were duckers. We both had titles and didn’t have to unify unless the fans demanded it. At the time, it wasn’t demanded.”