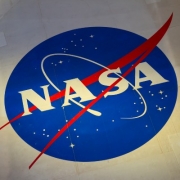 Mary W. Jackson, became Nasa’s first African American female engineer in 1958, a journey fraught with both racial injustice and female inequality. Today, in recognition of her esteemed career, the agency’s headquarters in Washington D.C. will be named after this brilliant woman.

“Mary W. Jackson was part of a group of very important women who helped NASA succeed in getting American astronauts into space. Mary never accepted the status quo, she helped break barriers and open opportunities for African Americans and women in the field of engineering and technology,” said Bridenstine. “Today, we proudly announce the Mary W. Jackson NASA Headquarters building. It appropriately sits on ‘Hidden Figures Way,’ a reminder that Mary is one of many incredible and talented professionals in NASA’s history who contributed to this agency’s success. Hidden no more, we will continue to recognize the contributions of women, African Americans, and people of all backgrounds who have made NASA’s successful history of exploration possible.”

Dubbed within the title of ‘Hidden Figures’, in recent years, NASA, film and books have looked to tell the stories of the brilliant minds that advanced science and technology but whose contributions were not adequately recognised. In 2019, the Hidden Figures Congressional Gold Medal Act honoured Mary Jackson, Katherine Johnson, Dorothy Vaughan, and Christine Darden. In the 1940’s NASA began recruiting college-educated African American women, as human computers, (prior to computer machines we know today). In a segregated Computing Unit, in Virginia reflected the still-segregated outside world, and these women had to face discrimination for both their gender and race at work. Yet, it did not stop them from becoming some of the greatest minds of the 20th century.

On Jackson’s Career NASA wrote:
‘After two years in the computing pool, Jackson received an offer to work in the 4-foot by 4-foot Supersonic Pressure Tunnel, a 60,000 horsepower wind tunnel capable of blasting models with winds approaching twice the speed of sound. There, she received hands-on experience conducting experiments. Her supervisor eventually suggested she enter a training program that would allow Jackson to earn a promotion from mathematician to engineer. Because the classes were held at then-segregated Hampton High School, Jackson needed special permission to join her white peers in the classroom.

Jackson completed the courses, earned the promotion, and in 1958 became NASA’s first Black female engineer. For nearly two decades during her engineering career, she authored or co-authored research numerous reports, most focused on the behaviour of the boundary layer of air around airplanes. In 1979, she joined Langley’s Federal Women’s Program, where she worked hard to address the hiring and promotion of the next generation of female mathematicians, engineers and scientists. Mary retired from Langley in 1985.

Mary Jackson was born in Hampton Virginia and sadly passed away in 2005. In the incredibly moving 2016, American biographical drama, Hidden Figures, told the story of Mary Jackson (portrayed by Janelle Monáe), Katherine Johnson (Taraji P. Henson) and Dorothy Vaughn (Octavia Spencer), three brilliant women who made pioneering strides in space flight, during a critical time in American history, the space race. Katherine Johnson was a brilliant mathematician, who calculated the trajectories for space flight, whose work influenced space flight today, Katherine sadly passed away in February this year at 101. Dorothy Vaughn, became the first black female supervisor and whose work in computing was instrumental to the furtherment of the programme, Vaughn sadly passed in 2008.

Not only does the film narrate part of the story of these women’s incredible achievements, it demonstrates the barriers of racial and gender discrimination in the civil-rights era of America. The film was based on the book by Margot Lee Shetterly, “Hidden Figures: The American Dream and the Untold Story of the Black Women Mathematicians Who Helped Win the Space Race.”

Jackson’s daughter, Caroyln Lewis, was quoted as ‘honoured’ that Mary’s legacy was being celebrated, stating that: “She was a scientist, humanitarian, wife, mother, and trailblazer who paved the way for thousands of others to succeed, not only at NASA, but throughout this nation.”

Currently, protests against racial injustice have been sweeping the globe after the tragic death of George Floyd. Demands to inspect and dismantle institutionalized racism in every facet of society, not only within the realms of the police force, have been heard. Although NASA has previously honoured other African American figures, such as African-American female mathematician Katherine Johnson, whose name lends itself to both the Katherine G. Johnson Computational Research Facility (named in 2016) and the Katherine Johnson Independent Verification and Validation Facility (in 2019), the honoring of Mary Jackson falls at a time of civil unrest and hopefully great change from longstanding racial inequalities.