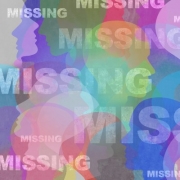 It has been 13 years since British toddler Madeleine McCann went missing from a resort in Portugal, leaving many around the world looking for the child while many more pointed fingers at many different suspects, including the child’s own parents Kate and Gerry McCann.

In the intervening years since many leads have been brought to the attention of authorities, all of which has raised false hopes of information as to what happened that fateful night. However a recent lead has taken the case to another level, with those behind it claiming the incident is no longer a missing person case, but a murder inquiry.

The public prosecutor’s office in Braunschweig, Germany, has announced they have significant information that has led them to open a murder investigation, confirming they are looking at a 43 year old German man as their lead suspect.

Speaking to journalists a spokesperson for the prosecutor’s office confirmed, ‘we opened a murder investigation against the 43 year old German national, therefore you can conclude that we assume the girl is dead.”

The world was stunned when three-year-old Madeleine McCann was reported missing while vacating in the Algarve region of Portugal in 2007. The family – including her younger brother and sister as well as her parents – had taken the break with family friends and on the night the little girl went missing her parents had left all three children asleep in their accommodation while they went to a tapas bar with the friends.

It was on one of the group’s regular check ups on all the children that Kate McCann realized her daughter was missing.

Unfortunately the case warranted lots of unnecessary criticism with many blaming the parents for leaving their children unattended. Accusations were also made that the parents had actually killed their own child, with the police declaring them ‘arguidos’ – formal suspect – by Portugese police. The couple were later cleared of any involvement in their daughter’s disappearance in July 2008.

Germany’s Federal Criminal Police Office (BKA) and the Public Prosecutor’s Office have confirmed that they have identified a new suspect who is already in prison serving time for a crime that is not related to the McCann case.

While the prosecutor’s office would not confirm the suspect’s identity – German news outlets are referring to him as ‘Christian B’ who was extradited to Germany from Portugal in 2017 – they confirm that he has several prior convictions for sexual offenses, often including children. However the Braunschweiger Zeitung newspaper have reported that ‘there are many indications’ that at the end of 2019 the suspect was convicted of raping a 72 year old American woman and is now serving seven years for the crime.

The report continued to state that although the case was only resolved last year, the crime was committed in the same area of Portugal that McCann went missing, albeit around 18 months previously.

This is not the first time the authorities had been made aware of the suspect. In 2013 German TV featured the case on a television series of unsolved crimes and received many tips about the man. Britain’s Metropolitan Police also received information on the same man after an appeal in 2017. However in both instances there was not enough information to warrant a formal investigation.

This time however it appears to be different. The BKA have confirmed that the suspect was a regular resident in the Algarve between 1995 and 2007 and spent several years living in a property between Lagos and Praia da Luz – the resort where McCann went missing.

It has also been confirmed that the suspect worked at several locations during these years, including periods in the restaurant business. It is also believed that he was involved in drug dealing as well as burglaries at several holiday apartments and resorts.

While the BKA has announced they are hoping for even more information they have already published some details on their website including images of a Jaguar XJR 6 which they believe could have been used in the abduction and was re-registered to new owners the day after the little girl went missing. The Jaguar has been taken into custody as well as a VW T3 Westfalia van that police believe the suspect had lived in.

The BKA are still asking for members of the public to contact either themselves, the criminal investigation department in Portugal or London’s Metropolitan Police with any further information, as well as requesting for any images or videos that were taken in the Algarve around the time McCann went missing to be uploaded to a BKA online portal.

The details of how the child was abducted, or even where her body is, is still unknown however BKA lead investigator Christian Hoppe believes the suspect initially broke into the McCann’s holiday home in an attempted burglary then, when spotting the sleeping girl decided to take her.

The suspect also received a telephone call on his cell phone from a number in Portugal around the time of the abduction and authorities have appealed for anyone who has information regarding this call to come forward as they believe the caller is ‘a very, very important witness’.

The Games That Have Dominated During The Covid-19 Crisis