One of the universal complaints that most have with technology, social media, cell phones, etc. is the lack of clarity regarding privacy. Certain apps and services often say that they keep your information confidential, but how much of that is actually accurate? How many times have you been scrolling through your Twitter feed and seen an ad for a product that you haven’t even searched for on your device, but you were thinking about it? The lines of confidentiality have always been blurred when it comes to our phones, and now, according to a new study, we have even more facts to back that up.

An advocacy group known as the Norwegian Consumer Council recently conducted a study in which they analyzed the logistics of 10 apps, a majority of which were dating apps. The results found that these applications alone were distributing personal information to at least 135 companies.

Some of the apps tested included Grindr, a popular gay dating app, OkCupid, Tinder, and then beyond the realm of dating apps they also analyzed some of the most popular period-tracking apps such as Clue and MyDays. They concluded that these services were sharing personal data, including users’ birthdays, ID numbers, sexual orientations, religions, etc., with advertising companies.

“Because of the scope of tests, size of the third parties that were observed receiving data, and popularity of the apps, we regard the findings from these tests to be representative of widespread practices,” the report states.

Their analytics concluded companies such as Amazon, Facebook, and Google were among the largest common company names that were receiving the personal data, along with more unknown tech companies who are in business with larger corporations. These companies use your information like a registry, and match you with products that they assume you’d enjoy based on your internet history, dating information, and hobbies.

The NCC recently uncovered dozens of privacy violations in Europe once they enacted the General Data Protection Regulation (GDPR), an act that works to protect users’ personal information online. The biggest culprit was actually Grindr, which sold data including GPS location technology to advertisers to inform them about what retailers were within the vicinity of a particular user. The GDPR has been quite successful in Europe so far, but in the United States we don’t exactly have the same type of privacy regulations.

“There’s no reason to think these apps and countless others like them behave any differently in the United States. American consumers are almost certainly subjected to the same invasions of privacy, especially considering there are hardly any data privacy laws in the U.S., particularly at the federal level,” says Katie McInnis, policy counsel at Consumer Reports.

More often than not, these apps do let the users know that they share their data with third party advertisers, however, that clarification is often made in the fine print of these apps’ terms and conditions, which we all know none of us are actually reading. Technology users are able to adjust their privacy settings on platforms such as Facebook and Google by limiting what applications are allowed to have access to our personal information. This section is typically found in your account settings under the “security and privacy” tab. In the meantime, plenty of advocacy groups are currently trying to work with the Federal Trade Commission and Congress in general to pass more specified cyber-security/privacy laws.

For more information on how to easily protect your information and personal data from third parties, click here. 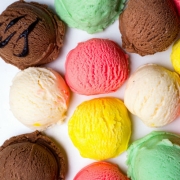 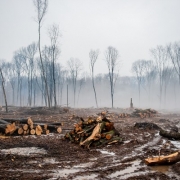 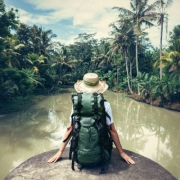 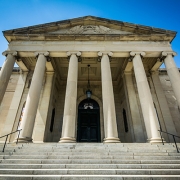 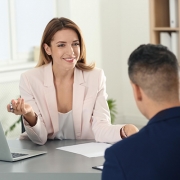 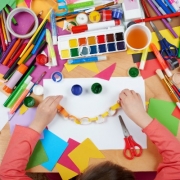 Tips for Saving Money on Your Next Flight

“Deaths of Despair” Reach Unprecedented Levels in US, Experts S...
Scroll to top