Blog - Latest News
You are here: Home1 / News2 / Business News3 / Not Everyone Is Happy That Disneyland Is To Reopen 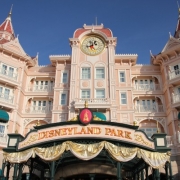 One of the first global organizations to close in the early stages of coronavirus was the Disney Corporation with theme parks in Hong Kong and Shanghai closing in January followed by full closure of all parks worldwide by the end of March.

Yet although Shanghai Disneyland reopened on May 11 and Disney Springs – the shopping and dining district in Orlando, Fla. reopened on May 20, many others are still closed. Hong Kong Disneyland has only just reopened while Walt Disney World resort in Florida will open on July 11. There is no date as yet for when Disneyland Paris will reopen.

It has now been confirmed that Disneyland will be reopened by July 17 which will be a welcome relief for those who have had to wait almost four months to get their fix of rides, adventure and of course, Mickey and Minnie Mouse.

However the park will not be as we have come to know them.

Following the impact coronavirus has had on the world – and with many people still struggling financially, emotionally and health wise – businesses have had to alter the way they run things. And Disney is no different.

Those wishing to go to the park will have to make concessions including wearing facemasks and maintaining social distancing. To ensure visitors comply with these rules a team of trained employees will be monitoring the park and advising where necessary.

However, the announcement that the park in Anaheim is to reopen has drawn criticism as well as enjoyment, with some saying the reopening is too soon.

As well as a letter from unions representing around 17,000 Disneyland employees to Gov. Gavin Newsom stating that they felt the reopening of the park was too early there has also been a petition set up at Change.org demanding that the park stays closed until the number of coronavirus cases has dropped. At the time of writing nearly 42,000 signatures had already been secured from annual pass holders, Disneyland employees and their families and visitors to the park.

Riley Walker has signed the petition stating, “I work at the resort and really don’t want to put any cast members or guests at risk when coming back to work. Opening the park with all these precautions will simply taint the magic for anyone visiting in this time. Disney has always taught me to put my best foot forward and opening so soon would be putting our rotten, near decapitated foot forward. Please reconsider.”

Meanwhile neighbor of the park Elizabeth Mendez also signed the petition and said, “I live in Anaheim so the reopening of Disney would directly affect me. I am an essential worker and the healthcare field and I urge Disneyland remain closed until a later date.”

The letter to the resort has called for a delay in the reopening because “there are numerous questions about safety which Disney has not yet answered.”

A recent request from the unions for regular testing of all employees has so far had no response from Walt Disney Co. Neither has the request for all Disney hotels to be disinfected using electrostatic fogging alongside other cleaning proposals.

Disneyland have however provided a guide to their phased reopening via their website and includes measures such as the mandatory face coverings and social distancing as well as temperature screenings before they are allowed to enter the park.

They are also expanding their Disneyland app, Apple pay and other forms of technology in an effort to reduce the amount of interaction between visitors and cast members.

The number of people being admitted to the park will be reduced and all parades and fireworks shows have been postponed for the time being. Cleaning has been increased and enhanced to make sure the park is as clean and safe as possible.

Liz Jaeger, spokesperson for Disneyland, confirmed the moves explaining, “The safety and well-being of our cast members and guests are at the forefront of our planning, and we look forward to continued dialogue with our unions on the extensive health and safety protocols.”

The main point of argument for those against the reopening is the current covid-19 statistics. ICU hospitalizations in the region have increased by 76% over the last six weeks, however Orange County Board of Supervisors Chairwoman Michelle Steel confirmed that there were no plans to postpone the reopening.

While a phased reopening is to ensure safety for cast members and visitors, it is also a perfect opportunity for employees to become accustomed to the new rulings, correct any issues that arise and ensure that safety is kept at a high level at all times.

However chief executive of Itec Entertainment Bill Coan believes that the biggest problem with opening a location so big is the general public, and their ability to remember to maintain social distancing and to continue to wear their face coverings.

Referring to Gatorland in Florida – which has an employee dressed as a skunk ape wandering around the park, speaking to visitors to remind them of their role in keeping safe by using hand sanitizer amongst other tips – Coan commented, “Someone has to monitor those things, and that means more people or staff”.