Once Lost And Broken, A Social Worker Now Helps Struggling Addicts To Find The Path To Recovery...

You are here: Home1 / Features2 / U.S. Feature3 / Once Lost And Broken, A Social Worker Now Helps Struggling Addicts To Find...

Addiction can be a harrowing and destruction experience on lives. Just ask social worker Rachel Ann Pezzuto. After traumatic experiences and mental disorders which led to addiction, Pezzuto was able to turn her life around. Now, with Recovery Journey, she’s helping others do the same and find a brighter future. 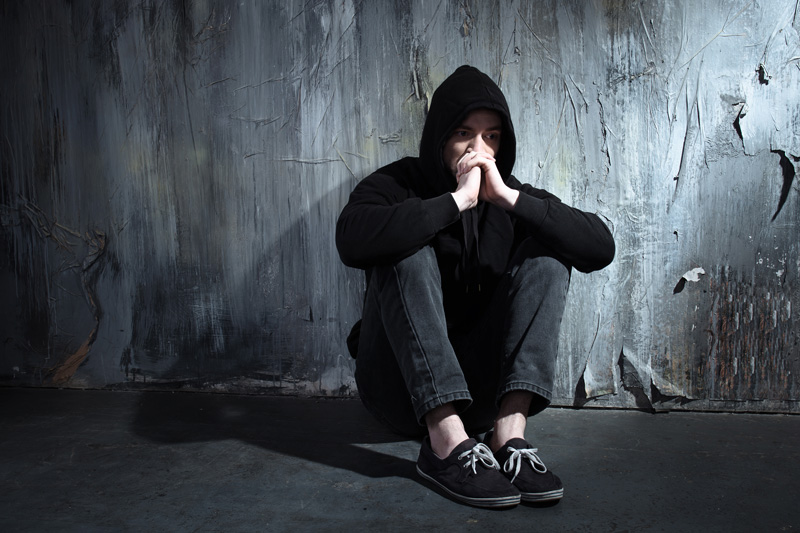 According to the National Center for Drug Abuse Statistics (NCDAS), there are 31.9 million Americans 12 and over that use illicit drugs, while substance abuse disorder (SUD) affects over 20 million Americans 12 and over. It’s a societal dilemma that is seeing more fatal consequences in the past couple years with the daily faucets of life having been turned upside down.

While many leaned on addictive substances as a crutch during such an unsteady period, social worker and educator Rachel Ann Pezzuto took it as a sign to build an organization that could help to revive those who felt hopeless and distraught, just as she once was.

“I worked for a company [for] five years. Then COVID hit, and they closed the doors like everybody else did during COVID. I saw it as an opportunity to open up my business. I took on the clients, and then I saw other areas where people — like homeless people, veterans, overeaters, undereaters — just needed help. So I opened up a business that helps people get their life back together.”

Her project would become Recovery Journey Services LLC, a Massachusetts​​-based recovery center that helps by providing crucial services — like detoxing, therapy, and educational and family support — to put clients back on track and maintain a healthy lifestyle going forward.

“There’s nothing that I don’t do for the client. Every client is different, and what they need. I call it their bucket list, their needs and their wants. Whatever they need, I help them find ways to get it.”

For Pezzuto, Recovery Journey, which she named after her son, Richard Jacob, represented an opportunity to build upon what she felt were shortcomings by her previous companies, and she “did it the right way.”

Pezzuto added she’s also organized with several banks that do notarizing so that clients are able to notarize personal information like birth certificates and licenses, while she runs fundraisers to help pay for those costs.

“Life doesn’t come with a textbook, and we are your biggest cheerleaders. We definitely pick you up when you fall, we show you what you did right, and when you fall, we show you what went wrong but how you went about it, that you did certain things right, that you held your boundaries. That you were true to yourself or that it wasn’t a good fit and in the long haul it wouldn’t have been right for you. We shined the light on where the failure was and how to make it a success.” 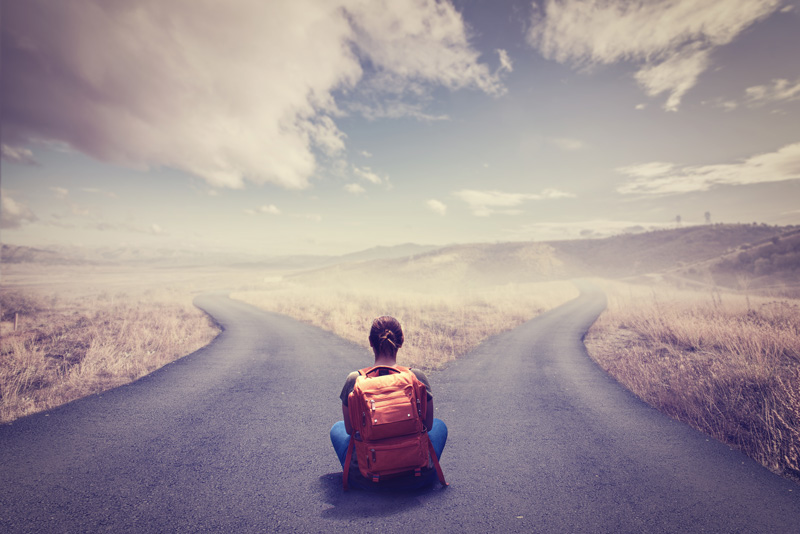 For addicts, the costs of their abuse are steep and unforgiving. In addition to the physical tolls, Pezzuto sees housing instability as one of the frequent struggles. “A lot of people are looking for stable living and they’re always fighting, trying to get into a program or trying to get detoxes or the limitation, [and] insurances are kicking them out after seven days. They’re supposed to be rehabilitated in an ATC/CCS program when they really need longer durations in an ATC/CCS program but insurance won’t pay.”

Identification also represents an obstacle for addicts and recovering patients, as once valuable forms of information — like social security cards or birth certificates — are lost, the process to regain them can be a mountain of unattainable requisites.

While Recovery Journey’s motto and actions are one of understanding and support, that doesn’t mean babying those that come for aid and pretending consequences were out of personal control. Instead, RJ emphasizes that the first step of recovery is realizing and admitting you are the enabler of your abuse problems, and that the substances cannot be used as a constant excuse for your situation, actions, or past trauma.

For some, abuse of drugs or alcohol didn’t simply start because of the substances. Rather, addicts were led on that path by mental illnesses such as codependency or post-traumatic stress disorder (PTSD), which can also be as harmful and intrusive in a person’s life as a physical substance could be, Pezzuto explained.

“Most mental disorders definitely — if left untreated — lead to some form of addiction, whether it’s OCD [obsessive compulsive disorder], overeating, undereating, bulimia, anorexic, alcoholism, abusive relationships. That’s why awareness is so key, my addiction was because of my traumatic issue with my stalker.”

“Now I see my worth. Now I see what I have to offer, now I have self-confidence, now I see that I am resilient and I persevere. I am grateful for everything I have.”

Indeed, Pezzuto is well aware of what her clients go through because of her own past events. “My addiction was codependency and bad relationships. I went through every domestic abusive relationship [imaginable]. I finally realized I was damaged and I chose abusive, narcissistic men. I was tired of being broken.” Pezzuto noted that psychological damage began at the age of 13, when she was stalked by a man she eventually put in jail – an event she stated was the most “traumatic experience” of her life.

Pezzuto’s life-changing moment that put her on a different track came in a heartbreaking accident that took the life of her cousin, who she affectionately referred to as her “thick and thin.” “We were the black sheep of the family,” she explained, recalling the accident that took place on Cinco De Mayo following a heavy night of drinking.

The two started the night together, but were eventually separated, which led to her cousin receiving a ride home. The driver attempted to move in front of the car ahead which was going slow, but hit a telephone pole in the process. “She was in the backseat and thrown from the backseat of the car, and hit the telephone pole and died instantly,” Pezzuto said.

Pezzuto was left with a burden from the fateful day, which is that her cousin texted her first for a ride home, but Pezzuto’s drunken state made her ignore the messages. “I [realized after that] that family comes first, and I was doing what I [wanted to do] and I made bad choices. Losing her made me realize that I needed to choose better, and that my life was running amuck and I needed to wake up. It was one of my biggest regrets, carrying that weight.”

Still, those trials have helped Pezzuto to now see the strength she possesses and what she hopes her clients will soon come to find in their own selves. 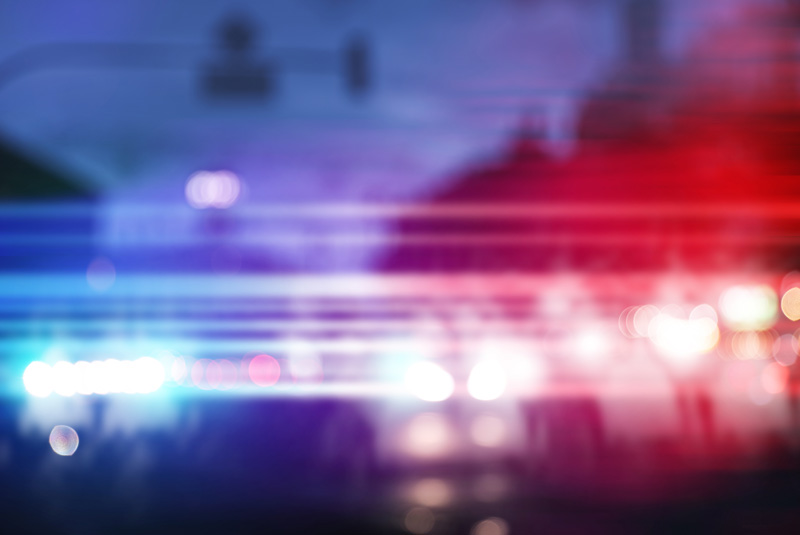 “It’s like a new friendship, you earn the trust. Then [I] say, ‘Okay, let’s knock off your list, let’s get some stuff done, let’s do this, let’s do that. You [have to] educate them slowly.” 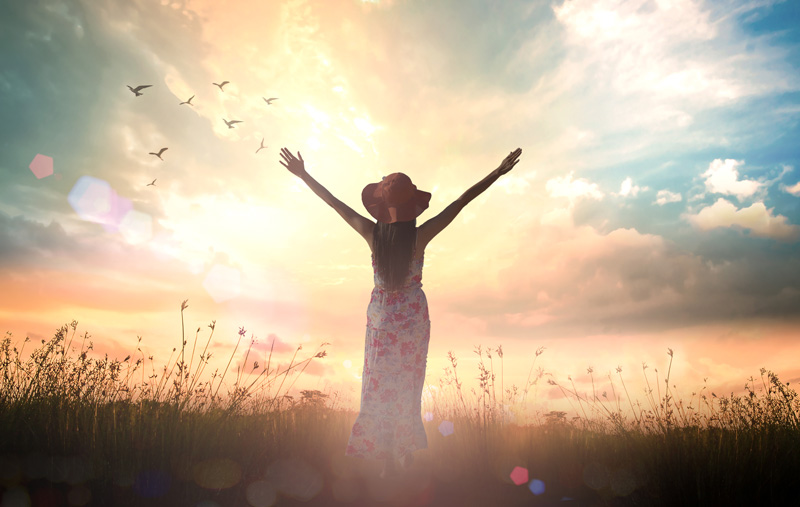 While Pezzuto had the experience that changed her viewpoint and eventually helped her find the light, not all addicts share the same path. Some are reluctant to receive the help they need to thrive. “That’s why you meet the client where they’re at. When they meet me, I tell them my story, and we go for a walk [or] we go for coffee, and I [ask them to] give me [their] bucket list. ‘Tell me your needs and wants.'”

Despite the short fairly amount of time Recovery Services has been running, Pezzuto’s already seen her fair share of stories that show anyone can be capable of a happy ending if they put their mind to it and embrace help.

No matter how seemingly endless or difficult addiction may be, Pezzuto believes anyone has the power to make a change for the better. “If I can do it, so can you. Anybody can change. If there’s a will, there’s a way.” To learn more about Recovery Journey and their services, you can visit their website by clicking here.

DeShaun Watson And His Ground-Breaking Deal Amid Hot Topics At NFL Owners M...