Blog - Latest News
You are here: Home / Around The Web / Culture / One Year On – Remembering The Life of Blues Musician Bill Sims 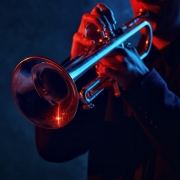 In February 2019, the blues industry lost one of its most influential members, Bill Sims. On the first anniversary of his death, we take a look back at the contributions and legacy left by this exceptionally gifted musician and composer.

Bill Sims Jr. was born on the 23rd June 1949 in Marion, Ohio. Having developed a passion for music from a young age, he began playing the piano at the tender age of four. His love for music continued to flourish and at the age of 14, he turned professional and was invited to form part of the rhythm and blues band the Jacksonian Blues. Despite his love and commitment to the band, he left in order to begin his academic studies at Ohio State University. His time at university was enjoyable; he successfully majored in Music and even had the opportunity to play piano alongside a number of prestigious Blues and R&B legends who performed at the university. These included Muddy Waters, Howlin’ Wolf, Freddie King and Jerry Butler plus many more.

In the early 1970s, Sims had the opportunity to become part of Four Mints, a rhythm and blues group who were strongly influenced by the doo-wop style. He spent 5 years with the group, during which time they achieved notable chart success with the likes of ‘You’re My Desire’ and ‘Row My Boat’. The group travelled extensively across the country and played to large crowds, thanks to the coveted opportunity to open for well known acts such as Glady Knight and Earth, Wind and Fire.

Building on his colourful and culturally rich experiences, Sims decided to explore a different style and form his own group, The Lamorians. The group was described as an ‘avant-garde’ jazz band and drew heavily on the influences of traditional African drumming.

His love for blues never faded and it was inevitable that he would return to his roots once more, forming ‘Bill Sims and the Cold Blooded Blues Band’ in 1988 where he would take on the roles of both lead guitarist and lead vocalist. The band performed at all of the most respected and recognized Blues clues in the city and Sims enjoyed yet further touring opportunities, both nationally and internationally.

It would be another four years before Sims would release his debut album ‘Blues Before Sunrise’. His second album, ‘Bill Sims’ was released in 1999 and was timed to coincide with a documentary which explored his interracial family and particularly the challenges he and his wife Karen, faced.

Having met Karen in 1967, their friendship soon blossomed into something deeper, despite the clear opposition they faced. Sims was frequently arrested by the police with no charges ever brought. During such arrests, Sims’ parents were not allowed to collect him and it would be Karen’s mother that would bring him home. During their time in Ohio, they experienced hostility and even violence, which included the death of their cat and their car being set on fire. The couple decided to move to New York and it was there that they married in 1979. They shared two children together and Sims even took a hiatus from his music for several years in order to stay home and care for his daughters, Chaney and Cicily.

Reflecting on his career success, Sims was often asked what influenced his musical direction, to which he often explained, ‘because my daddy plays the Blues’. His father was a Reverend who himself came from a childhood steeped with musical tradition, with major influences from Blues and Gospel. This love for music was passed on to the Reverand’s seven children, including Sims, who was the third eldest.

In a further claim to fame, Sims music has been used in a vast array of commercials for brands such as Coca-Cola, Reebok, Folgers and ESPN, meaning that most American households are likely to have heard his music at some point over the years. And in 2016, Sims released his third album ‘Bill on Bob’.

It was on the 2nd February 2019 that Sims died aged 69 at his home in Queens, New York. A month later, Ruben-Santiago Hudson publicly dedicated his autobiographical play Lackawanna Blues to the memory of Sims.

Speaking after this death, Hudson published a notice on the Center Theatre Group website which said , ‘For over 20 years and dozens of projects, Bill Sims Jr. and I have stood shoulder to shoulder. Whether in cafes, arenas, living rooms, or on Broadway, Bill’s music, spirit, intellect, and passion saturated everything he touched. His music has been the bedrock, the foundation, the warm blanket that engulfed everything we’ve done. Every note Bill played had to be the truth. Everything he wrote was life itself…his life, his story…our lives and history…clearly, profoundly, dignified, and authentic’.

Underrated Things To Do In New York City
Scroll to top