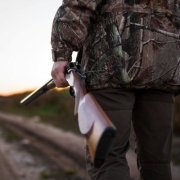 Hunting is a contentious issue within the United Kingdom, with many organizations campaigning to protect UK wildlife and against the practice of “blood sports” such as Fox Hunting – an activity that has been a “traditional sport” in some circles of British life. Whilst a recent upsurge in the number of coronavirus cases seen in England has pushed the government to place new restrictions into law to prevent a second wave, some members of Parliament have been focused on placing loopholes in these restrictions to allow for hunting and shooting practices to continue.

New restrictions, introduced on the 14th of September mean that no more than six people can gather at a time both outside and inside, whether in private homes or public areas. Previously, rules allowed up to two households to meet at once and for special occasions, gatherings of 30 could meet. As a rule of thumb, however, no more than six people at a time should have grouped. The new law makes this ‘rule of six’ enforceable by the police, who previously had no power to break up gatherings. Further, fines will be dealt out to those that break these rules, starting at £100 doubling on each offence to a maximum of £3200. Recently, it has come to light that some hunting sports have been exempt from the rules that are intended to safeguard against the coronavirus, and outrage has ensued.

Grouse shooting and hunting groups can continue to hold gatherings between six and 30 people as they are covered by a loophole that permits outdoor activity. According to the Huffington Post, MPs scheduled a particular meeting to ensure that hunting parties would be legally allowed to continue. The article reports: “HuffPost UK has learned that the Cabinet Office’s special Covid-19 Operations ministerial committee – chaired by Michael Gove – scheduled a meeting on Saturday, with one agenda item titled: “Exemption: hunting and shooting. The meeting was abruptly cancelled just hours beforehand, with cabinet ministers and officials told that this issue would be discussed later or via ministerial correspondence.” Sources reported that the meeting may have been cancelled to avoid ministers raising objections.

The Huffington Post reported that these new regulations referring to gatherings of up to six persons, include several exemptions for events such as weddings, funerals, sports clubs, and political protests. However, these exemptions also extend to when “a gathering takes place outdoors (whether or not in a public outdoor space) for the purpose of a physical activity which is carried on outdoors where a license, permit, or certificate is held by the organizer.” The use of “outdoor activity” was thought to be inserted into the guidelines in order to exempt country sports such as grouse and pheasant shooting and foxhunting. Certainly, the full list of organized sports that have been licensed to practice in groups of more than six under these new regulations, include shooting and hunting.

Quite understandably, many are outraged by the focus on such a matter when the coronavirus pandemic is raging. Reported in iNews, Luke Pollard, shadow environment secretary, said “across the country, people are struggling to get Covid-19 tests anywhere near their homes. But the Conservatives are distracted with trying to exempt the bloodsport passions of their big donors from coronavirus regulations. It shows where this government’s priorities really lie. It is clear there’s one rule for the Cabinet and their mates and another for the rest of us.”

The Huffington Post also quoted director of campaigns at the League Against Cruel Sports, Chris Luffingham, who stated: “The Government is giving the shooting industry carte blanche to continue its murderous activities despite the threat posed by gatherings during this awful pandemic. The recent Government People and Nature Survey for England found that an increasing number of people (42%) are saying that nature and wildlife are more important than ever for their wellbeing – this government exemption flies in the face of that and condemns many animals to being shot for ‘sport’. Lockdown offered animals a respite from the activities of hunters so we think the Government’s move to allow shooting is a backward step.”

Even those who are not necessarily active in campaigning against activities such as hunting and shooting, have a criticized the government for focusing on such a trivial matter when the country is currently facing and upsurge in cases, local lockdowns and a severe lack of coronavirus tests. Many are outraged that the government priorities lie here rather than with the threats facing the country from the coronavirus.

Money Worries? Save Money on Household Bills
Scroll to top