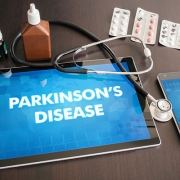 Osbourne’s last show was on New Year’s Eve 2018. “Then I had a bad fall,” he said. “I had to have surgery on my neck, which screwed all my nerves.”

After the fall, Osbourne said he was diagnosed with a mild form of Parkinson’s, called PRKN 2.

“There’s so many different types of Parkinson’s,” his wife, Sharon said. “It’s not a death sentence by any stretch of the imagination, but it does affect certain nerves in your body. And it’s — it’s like you have a good day, a good day, and then a really bad day.”

Is Blue Monday a Myth?