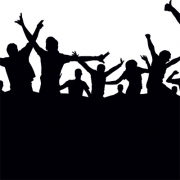 “It’s not my fault — not where I was, not how I dress,” the protesters can be heard shouting in unison in a video clip tweeted by The New York Times journalist Jodi Kantor, who won a Pulitzer Prize with her colleague Megan Twohey for their reporting on sexual misconduct allegations against Weinstein.

“The rapist is you,” the assembled women said, apparently pointing directly at the courthouse where the Oscar-winning producer faces charges that he raped a woman in a Manhattan hotel room in 2013 and performed a forcible sex act on another woman in 2006.

Weinstein, 67, has pleaded not guilty in the case and denied any allegations of nonconsensual sex. He also faces a sex crime case in Los Angeles, where he is charged with raping one woman and sexually assaulting another in separate incidents on two consecutive days in 2013.

Donna Rotunno, one of Weinstein’s defense attorneys, said in the New York court on Tuesday that she believed the timing of the new charges was “orchestrated,” but she did not provide evidence to substantiate her claim.

The women who formed the flash mob Friday chanted slogans that appeared to be derived from a feminist movement in Chile, where in recent months demonstrators have reportedly rallied against inequality and what some see as the failure of the criminal justice system to protect victims of sexual violence.

Andrea Suarez told NBC News that she and her fellow demonstrators were “showing our support for all survivors of sexual violence, for all women in general.

When asked if she had a message for Weinstein, Suarez simply stated: “We know what you did.”

The flash mob formed on the fifth day of the Weinstein trial, which is still in the jury selection phase. Following the protest, many of the demonstrators relocated to Trump Tower in midtown Manhattan, where they railed against the “patriarchy … that imprisons us at birth.”

In all, more than 80 women have accused Weinstein of sexual misconduct going back decades, but the New York criminal trial centers on allegations from two women.