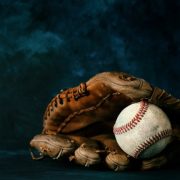 Fears over the remainder of the Major League Baseball season have arisen after thirteen Miami Marlins players tested positive for coronavirus just four days into the league’s resumption. Dr Anthony Fauci has expressed concern over whether the rest of the season can be played but commissioner Rob Manfred was quick to allay fears.

The Miami Marlins saw their season suspended through Sunday at the earliest after one-third of their playing staff tested positive for Covid-19 following the series finale against the Philadelphia Phillies. The three remaining games in this week’s New York Yankees-Philadelphia Phillies series were also postponed on Tuesday after it was revealed Phillies players had come into contact with positive players.

After worries from fans and players over the status of the MLB season came to the fore, the MLB released an announcement to say it was simply allowing the Marlins team and franchise to focus on providing care for their ill players, before they comprise a plan for a resumption to playing at the start of next week.

Following the temporary suspension, the Marlins have received an additional four positive tests for its players, taking the total tally to 15. The outbreak has raised concerns in the baseball world and beyond that the US is not yet ready to host professional sports that do not take place inside a bubble.

“I remain optimistic the protocols are strong enough that it will allow us to continue to play even through an outbreak like this and complete our season,” Manfred said.

“A team losing a number of players, making it completely non-competitive, would be something we would have to address and have to think about making a change,” Manfred added after being asked what it would take to put an end to the season. “Our first concern is the health of the players and their families. And making sure we do everything possible to minimize the spread of the virus to our employees.”

The Marlins had a positive test prior to Sunday’s game against the Phillies but players decided to play anyway, according to CNN. Starting pitcher Jose Urena tested positive for Covid-19, as first reported by the Philadelphia Inquirer and the remainder of the players discussed whether to go ahead with the match via their group chat.

“The health of our players and staff has been and will continue to be our primary focus as we navigate through these uncharted waters. After a successful Spring 2.0, we now have experienced challenges once we went on the road and left Miami,” Marlins CEO Derek Jeter said in a statement.

“Postponing tonight’s home opener was the correct decision to ensure we take a collective pause and try to properly grasp the totality of this situation. We have conducted another round of testing for our players and staff, and our team will all remain in Philadelphia pending the results of those tests, which we expect later today. We will provide additional information as it becomes available.”

Despite the league and commissioner’s best efforts to remain positive about the situation and attempts to assuage any worries over the future of the season, a number of experts have expressed doubt over the validity of sports being played in the country outside of a bubble.

Dr Anthony Fauci, director of the US National Institute of Allergy and Infectious Diseases, has said he is sorry to see the issues experienced by the league at this time and expressed doubts over the remainder of the season.

“This could put it in danger,” said Dr Anthony Fauci, who threw out the ceremonial first pitch at this season’s opener between the Washington Nationals and the New York Yankees, which the Yankees took 4-1. “I don’t believe they need to stop, but we just need to follow this and see what happens with other teams on a day-by-day basis.”

“Major League Baseball – the players, the owners, the managers – have put a lot of effort into getting together and putting protocols that we feel would work,” Fauci said. “It’s very unfortunate what happened with the Miami [Marlins].”

Move Out or Make It Over? Has Coronavirus Blurred Your Vision When It Comes...