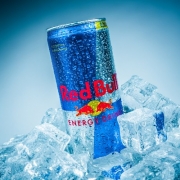 Two top executives have been fired in a move that many have said was caused by internal tensions due to their campaign for a more diverse culture within the company.

Employees of the energy drink company in America have been calling for the organization to stand up against racism however their CEO, billionaire Dietrich Mateschitz has continued to dismiss ‘political correctness’.

Mateschitz has also seen criticism after he gave far-right activists a platform in Austria, where the 76 year old is from.

It is believed that Taylor and Kozak lost their positions in direct response to the leak with sources commenting that the moves were in ‘retaliation’. However there has been no official explanation for their dismissals as yet.

The letter had slated the company who they believed were ‘saying nothing’ during the anti-racism protests that have been sweeping the world since George Floyd lost his life at the hands of police officers. The letter, signed by over 300 Red Bull employees, also said they felt the company was ‘abandoning the communities we claim to support and foster in their time of greatest need.’

Following the duo’s call for more diversity to be included in the workplace Taylor was ‘met with opposition’ when she requested that Red Bull take a more progressive and public stand on racism. Meanwhile it was reported that the company’s Florian Klaass, head of global culture marketing, has also left the company following his alleged approval of a racist slide that was shared during a company meeting and showed a map that showed racist stereotypes from across the globe.

These included labels pointing to countries with racist comments such as ‘zoo animals come from here’ on Africa, ‘they do our laundry’ on Mexico and ‘they make our stuff’ on China. The Middle East had the label ‘evil-doers’ with an arrow showing that ‘bombs go here’.

While it was reported that Klaass had approved the slide, there were further reports that some of his colleagues had recommended that the slide should not be used, however it ended up being shown to over 100 attendees and was allegedly supposed to represent the fact that Red Bull is now a global organization.

The European energy drink company has their headquarters in Austria where they concentrated on selling their drink in the late 1980s before it came to America in the 1990s, fast becoming one of the biggest sellers of high energy drinks in the country.

As well as being labeled as someone who does not believe in political correctness Mateschitz has been called out as a Trump sympathizer after he stated in a 2017 interview that he felt the then new president ‘simply needs time’.

He continued, “I don’t think he’s as much of an idiot as he’s made out to be. When you speak to Americans you often hear that they’re essentially happy to have a new administration.” In reference to the Obama administration Mateschitz said, “There was plenty to question about the previous one.”

As well as having opinions regarding America and Trump, Mateschitz has also been vocal in his criticism of some European countries following their response to the 2015 refugee crisis.

Referring to Austria and Germany, Mateschitz commented that anyone who appeared to encourage the intake of refugees had not “made their guest rooms available for five migrants to live in.”

It has also been reported that some Red Bull employees had spoken out, saying that the company did not see the Black Lives Matter protests as an issue that would affect their global brand, as it was an ‘American issue’.

In an effort to make the company more diversified Kozak and Taylor have worked together for two years with Taylor working on a campaign that would increase black representation within the company, however the company’s bosses were ‘not interested’.

A statement had been released on behalf of the Red Bull F1 team, which spoke of their “determination to tackle the challenges that we as a sport, but also society, are facing.” The statement also stated that there was ‘no place in our modern world’ for racism.

The recent ‘Blackout Tuesday’ – a protest that saw many social media users show their support for Black Lives Matter by posting a black square – saw the main Red Bull Instagram take part. However many have also criticized the move saying the trend saw discussions on the topic being lost amongst the posts.

Although Red Bull has not released the exact reason why Kozak and Taylor have been let go they have confirmed that Klaass’ termination was due to downsizing.