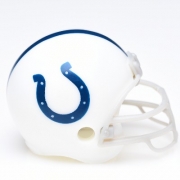 The Indianapolis Colts are set to sign Ryan Kelly to a long-term contract extension and make the 27-year-old the highest-paid center to ever play in the National Football League.

After the deal was announced by the Colts, NFL Network insider Ian Rapoport reported that the deal is a four-year, $50 million extension to make Kelly the highest-paid center in the league.

“I haven’t told a lot of people this, but I never wanted to play anywhere else,” Kelly said to reporters after the news was announced.
“This is home. This is where I wanted to be. I didn’t want to go play in Seattle, it’s too far away. Indianapolis is two hours from my house (in West Chester, Ohio).”

Kelly was the Colt’s first round pick in the 2016 NFL Draft, going 18th overall. The highly rated center has started every game he has been fit and available for since entering the league (51) and played all 16 for the Colts last year, a season in which he reached his first Pro Bowl.

With the running back trio of Marlon Mack, Jonathon Taylor and Nyheim Hines coupled with a stellar offensive line, it seems as if the Colts are planning to run the ball even more in the upcoming 2020 season and for that to equate to success, Kelly will have to play a vital role.

The former Alabama player has the sixth-highest run-blocking grade among starting centers in the league, according to Pro Football Focus. Over the last few years, Kelly has proved himself a highly valuable centerpiece of the offensive line that has allowed the Colts to flourish in the run game. Last year, the Colts finished seventh overall in rushing with over 2,100 yards and an average of 133 per game.

Kelly will also be tasked with helping to keep veteran quarterback Phillip Rivers on his feet, who joined the Colts from the Charges this offseason, replacing Jacoby Brissett as the starter in Indiana.

“I’m sure when the first $30 million quarterback happened, everybody was like, ‘Ooh, holy crap.’ But in my opinion, it’s about going out there every single day and doing my job. That’s honestly what I care about doing. You don’t play the game for free. You’re going out there and putting your body on the line every single Sunday. It’s awesome.”

“This would be awesome to have my parents come and see all my games, my grandpa, all my grandparents, aunts and uncles,” Kelly continued.
“It feels good to be rewarded. I just want to live up to the contract I signed. Go out every single day, be the leader on the offensive line they I know I can be. Play with the consistency I can play with and stay healthy. Those are the things that drive me every single day.”

Elsewhere in the NFL, veteran safety Ha Ha Clinton-Dix has been released by the Dallas Cowboys. The 27-year-old signed a one-year, $3.75 million deal with the Cowboys in May but the franchise has made the decision to cut him and free up $1.5 million in cap space.

Following Clinton-Dix’s departure, speculation has been rife that the Cowboys are set to replace him with Earl Thomas, who was released by the Baltimore Ravens last month following a string of disagreements.

Kansas City Chiefs star tight end Travis Kelce paid tribute to his quarterback Patrick Mahomes during the latest sign of international expansion from the NFL, the launch of a brand-new dedicated NFL channel in the UK and Ireland.

“What that does this year is give us a broader spectrum of what could happen over the course of a season. Taking that knowledge and what we’ve been through and what the entire Chiefs organization has been through throughout its years, there’s a lot of focus and ambition to go out there and do it again.

“But knowing how hard we have to work for it and the fortune we have to have, just in terms of health and being in the right place at the right time. It all starts with coming in every single day with the right mentality to work hard.”

“The guy has got the world in his palm. He’s a very positive guy in every aspect of life and it’s fueling. One of my coaches said ‘you’re either a fountain or a drain in life’ and that dude definitely gives life to everybody.

Back to School with Coronavirus