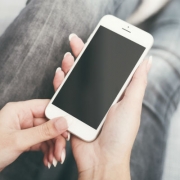 In what should come as a surprise to no one, it turns out just making your smartphone’s screen kind of yellow won’t magically stop it from keeping you awake. In fact, according to a study out of the University of Manchester, that yellow-shifted “night light” is even worse for helping you get to sleep than just leaving your phone in the standard untinted mode.

The reasoning behind using a yellow tint on your screen was, at least, based on scientifically plausible principles. In your eye, a protein called melanopsin responds to the intensity of light, and specifically, it responds more strongly to light of a shorter wavelength. The wavelength of light corresponds to how we perceive its color. On your phone’s screen, you typically have three “subpixels” lighting each pixel of the display, in the colors red, green, and blue. The blue subpixel has the shortest wavelength, and so the “night mode” on your phone greatly reduces the brightness of that blue subpixel, or even turns it off entirely, making the screen appear much more yellow.

But according to UoM’s new study, the marginal benefit provided by making the average wavelength of the light emitted by your phone’s display longer (i.e., warmer) is probably outweighed by another factor related to the ways your eyes affect your biological clock.

Their research on mice suggests that the color-sensing cone cells in your eyes are probably much more responsive to the yellow tint produced when a phone is in night mode, and that this could actually be leading to a stronger, counterbalancing effect. That is, for whatever benefit the lack of short wavelength blue light is providing in terms of those light-responsive proteins, the color-detecting cone cells in your eyes are probably playing more of a role in sending those biological signals that tell your brain whether it’s day or night time.

Admittedly, they’re fuzzy on the specifics around this, because this study wasn’t conducted on a microbiological level. It’s an observational study, with conclusions being drawn from mice who were exposed to different colors of light at identical brightness. During the day, we’re exposed to a high intensity of yellow and white tones, and the outcome of the study suggests that it is those colors which have the greatest effect on the sleep cycle.

Still, research (and common sense) says that the number one thing keeping us awake, at the end of the day, is just the phone itself. Your phone’s screen is bright, it’s distracting, and it’s sending signals to your brain that suggest it’s not quite time for bed. The best way to keep your phone from disrupting your sleep is, unsurprisingly, simply to not use it.

Solar Technology Got Cheaper and Better in the 2010s. Now What?
Scroll to top