Blog - Latest News
You are here: Home1 / Around The Web2 / Health3 / Senate Hearing To Focus On Marijuana And Health This Week 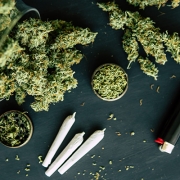 A Senate committee will convene on Wednesday to discuss marijuana and public health, featuring panels that include witnesses from federal agencies and academia.

While the panel has released few details about the meeting, the list of witnesses gives some indication about what kind of subject matter will be covered.

Surgeon General Jerome Adams is set to participate in the first panel. The official is an outspoken critic of cannabis reform, decrying increased THC potency and decreased perception of marijuana risks among youth. He issued an advisory in August warning the public about marijuana use by adolescents and pregnant women.

Nora Volkow, director of the National Institute On Drug Abuse (NIDA), will join Adams on that panel. While often skeptical about claims about the therapeutic benefits of cannabis such as its ability to help people overcome addiction to opioids, Volkow has repeatedly stated that the Schedule I status of marijuana under the Controlled Substances Act is inhibiting research into the plant.