Blog - Latest News
You are here: Home / Around The Web / World / Serbia Experiences Declining Population…And They’re Not The Only Ones... 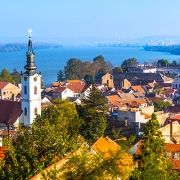 In a world where population numbers are rapidly increasing it is unusual to find an area where there is a significant decline in population figures.

However, head to Serbia in south eastern Europe and you will find a different story. Many small villages, such as Blagojev Kamen in the east of the country, are seeing their once vibrant communities reduced to ghost towns. This busy village was once home to 200 families and had its own doctor, shop and school. Now it is home to only eight residents.

But what are the reasons behind this latest trend? The 1990s saw the breakup of Yugoslavia into six separate countries – Croatia, Macedonia, Bosnia and Herzegovina, Slovenia, Montenegro and Serbia – and it is not lost on society that one of the main reasons behind the war was the desire to create a ‘Greater Serbia’. However, the reducing population in villages across the country has become such an issue a national emergency has been declared, with the United Nations offering assistance.

The World Bank has projected that the population, which is currently just under 7 million, will drop by 1.2 million by 2050, a 25 per cent decrease since 1990 which is the equivalent to losing a complete town each year – or 103 people each day. Currently up to 18 municipalities have less than 10,000 living there and this number is steadily decreasing.

While the changes in population are a worldwide issue, Eastern and Central Europe are experiencing low fertility rates, something that is prevalent in developed countries, but has low immigration and high migration rates.

The application of the small country to be a member of the European Union has also had an effect on the country’s economy. Joining the EU is not an easy objective, with each applicant required to meet strict conditions before they are even allowed to apply. Serbia was allowed to apply for membership in 2009, six years after it was originally identified as a potential candidate. Eleven years later the country is still classed as a candidate country and the effects this prolonged decision is having on the country is noticeable everywhere.

However this is not the only negative factor relating to the economy. Currently the number of working age people in Serbia has reduced dramatically meaning workers have to contribute more of their earnings to support the older generation. Many younger workers are therefore opting to migrate to more affluent shores to earn more money.

As part of the U.N.’s offer of assistance, the U.N. Development Program alongside the U.N. Population Fund drafted seven international experts to head to Serbia to look at what could be done to increase the population.

Austrian expert Wolfgang Lutz works at the International Institute for Applied Systems Analysis (IIASA) and believes the issue is a direct result of those leaving the country.

Another factor is the lack of work. Many small villages have trades that have since closed, including Blagojev Kamen who saw its gold mine close in the mid 1990s, despite the fact there are still minerals and gold there. One resident confirmed that his children had moved away from the area as they “have nothing to return to”.

However Serbia’s government is not sitting back and allowing the decline to continue and have been working tirelessly to encourage more families to stay settled in the country. There are currently many financial benefits for families, especially those with more than one child, with IVF being offered by the state, schools and day care centers being renovated and families in rural areas receiving government aid. They are also supporting businesses to grow in the smaller villages.

Columbia University’s Ruth Finkelstein is an expert on aging and the social implications it can have on society. She believes that the older generation should have a role in the country, something many other nations are ignoring. “Room after room, people focus only on the young people”.

Serbia is not the only country in the area to be concerned about population figures. Neighboring Croatia has seen population figures in its rural areas decrease as over 15 per cent of their 4.2 million citizens have moved overseas while Ukraine and Bulgaria are also experiencing population declines.

With many of these issues appearing to be in countries in the Balkans, Croatian demography expert Stjepan Sterc believes the tax systems need to be overhauled.

“Demography should be recognized as the essence of economic development so that the most important encouragement tool is directed toward it,” he said.

However Lutz continues to believe that many smaller countries have an ‘underdog’ approach saying, “I’ve seen a lot of pessimism, I’ve seen a lot of panic even about what is happening. The challenge is to convert this… into some action that is positive, making this a more revitalized, more vibrant society again, that looks into the future.”

Balancing Your Diet In An Unbalanced World

Curious Kids: Is The Sky Blue On Other planets?
Scroll to top