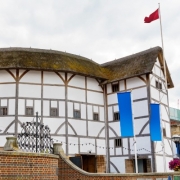 The arts industry is undoubtedly facing significant impact due to COVID-19 as businesses are forced to close their doors to the public. This means theaters, museums and festivals are all facing the worry of what the future will look like for their business. Shakespeare’s Globe, one of the UK’s most historical and cultural spots could face permanent closure if the government does not step in. The London venue has been closed since 20th March. The theater needs extra financial help from the government in order to be able to one-day hope for a bright and busy future.

Julian Knight expressed to Oliver Dowden on behalf of the impact of arts industries in the UK the substantial change COVID-19 is having on the art industry. As it is evident businesses will not be able to return to usual after the lockdown period is over, many businesses have come to the conclusion that COVID-19 could be the end of their time. The Andrew Lloyd Webber Really Useful Group helped to validate the concern expressed by Julian Knight by providing evidence of the impact. The Guardian has reported that Julian Knight explained “lays bare the scale of the challenge facing the cultural sector, particularly theatres”.

The Guardian’s report adds that Shakespeare’s Globe “Despite being well-managed, well governed, and – crucially – able to operate without public subsidy, we will not be able to survive this crisis,” its evidence states. That would be “a tragedy for the arts, for the legacy of England’s most famous writer, but also for the country, if our iconic site on Bankside stands empty”.

Shakespeare’s Globe has found itself in a similar situation to other theaters in the UK, such as the Old Vic Theatre. Matthew Warchus has expressed his concern for the theater’s livelihood that is uncertain for the future, he describes it as “a seriously perilous” position.

It is evident many tourists and local citizens would be extremely saddened to see the closure of Shakespeare’s Globe Theater. It is a place where children can go to see many historic plays, learn about the intellectual mind of Shakespeare and experience the incredible architecture on display. The original globe theater was built by Shakespeare’s Company, the Lord Chamberlain’s Men in 1599 but was sadly destroyed in a fire in 1613 with fortunately no harmed casualties. On the day the first globe burned down a performance of Shakespeare’s Henry VIII was taking place, the first globe burned down in around an hour and created breaking news for the local area. The current globe was made a reality due to the vision of Sam Wanamaker, an American actor who set up the Shakespeare’s Globe Trust in 1970. It is placed as close to the original globe as possible, only one street nearer to the river on London South Bank, an area thriving from the art’s industry. The building has several features that mirror the original Elizabethan structure. In 1997 the globe as we know it today opened its door to carry on Shakespeare’s legacy. The theater attracts international and local visitors with a number totaling over a million annually.

In order to restore the globe’s magnificent history and let the legacy live on after COVID-19, the business has expressed it would need around 5 million, an amount that accounts to around 20% of its annual turnover, to open its doors to the public again. The theater venue normally raises 95% of its revenue through ticket sales for shows, guided tours, education workshops and food and drink sales. However, due to COVID-19 it could look like the future may mean smaller quantity of tickets allowed to be sold if adhering to social distancing does not get lifted as well as educational workshops being less likely to happen whilst children catch up with the curriculum they have missed whilst schools are closed.

Shakespeare’s Globe is especially facing hardship as it is not eligible for the emergency support package available from the Arts Council England, that is supporting smaller businesses at this time. However, the government believes they are already supporting the sector the best they can. As the Metro reports “We are providing unprecedented support for the cultural sector, including the job retention scheme, a years’ business rates holiday, and the Arts Council’s £160 million emergency response package.”.

The current situation brings saddening consequences to the arts industry. Shakespeare’s Globe has made a meaningful contribution to the arts UK economy, therefore for the national treasure to be let go this easily would be a tragedy. As the BBC reports the government is attempting to carve a path for the future “We’re now working closely with the industry to plan for the future and, as soon as it is safe to do so we will be encouraging everyone to get out and experience the UK’s fantastic theatrical and cultural offerings again.”

UK Taking Steps To Move Out Of Lockdown
Scroll to top