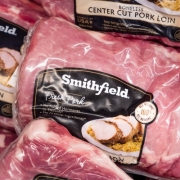 With the closure of most of the world at some point over the last eight months, and many more still being restricted in what they can or cannot do, it seems to be the ideal time to sit back and re-evaluate the way you live within our world, and more importantly, how you can make it better.

There has been an increase in the number of people who have chosen to change to a plant-based diet with numbers of vegetarians and vegans increasing in most countries. The way we leave our footprint on the planet has also featured heavily for many, with millions seeing the changes that occurred to the environment when pollution levels were low – including cleaner canals in Venice and the Himalayas becoming visible from India for the first time in decades. The temporary drop in nitrogen dioxide and carbon dioxide saw pollution levels drop by nearly 40%, not only making our environment ‘bounce back’ but also improving our health thanks to the improved air quality.

With such positivity in a time of great uncertainty it seemed natural that we would want to become as carbon negative as possible and businesses were no different.

One of America’s leading pork producers Smithfield has pledged to become the first carbon negative meatpacker and aims to remove more carbon emissions than it produces by 2030.

Kenneth Sullivan, CEO of Smithfield, confirmed the announcement saying, “The future of agriculture lies in minimizing our environmental footprint. Because of our size and scale, we have an obligation to lead.”

Smithfield are the fourth biggest meatpacker within the U.S. and with their pledge the industry could see a monumental change. Currently the fourth biggest contributor to greenhouse gases within America is agriculture, and livestock production and cattle generate around fifty per cent of the sector’s annual emissions.

In an even bolder move, Smithfield claim they can make this target without offsetting any of their emissions. Currently they have 40 plants within the country and they believe by changing the animals’ diets they can reduce the methane produced. The company is also aiming to apply ‘no-till farming practices’ at all their farms in an attempt to improve the health of the soil. Finally they will be looking to “aggressively reduce” the consumption of energy required for their equipment, lighting and even their refrigeration.

Sullivan continues, “Big agriculture sometimes gets criticized for its size and scope but there are some big benefits, including the capital we can bring to bear. We’ve put our money where our mouth is (Smithfield has spent over $500 million on renewable projects over the last twenty years). If you start to add up the dollars, it’s clear that we’re a leader in sustainability”.

However, senior research associate at the World Resources Institute, Richard Waite, believes the company’s goal is “quite ambitious”.

Organizations have been working towards becoming more sustainable however in the past many have opted to spend money with carbon credit offset programs. Others have also invested in schemes that are working to provide a better environment such as reforestation projects, wind farming or cleaning the oceans. Celebrities have also used this method of reducing their carbon footprint with Elton John famously admitting he had paid to offset the private jets Prince Harry and Meghan Markle were criticized for using.

In the early 1990s Smithfield created its biogas program using anaerobic digesters to enable them to transform captured methane into renewable natural gas, a procedure that they claim has removed around 25 times more emissions than the company has released.

The change to the way Smithfield looks at their sustainability came after Sullivan was asked to write off over $40 million in 2004 when a renewable gas project did not work. Remembering the occasion Sullivan said, “I had to look at these assets and say, this is not going to work. It’s gratifying to now be in the role I am and set goals and allocate capital and actually see them succeeding.”

The announcements became conversation pieces around the country and many believe are the reasons competitors Cargill and Tyson announced their own targets for more sustainable business, something that Sullivan believes can be a good thing saying, “The dialogue around climate change has been elevated in everyone’s minds.”