Blog - Latest News
You are here: Home / Around The Web / Sports / Soccer To Return To Europe 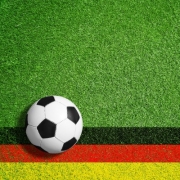 Germany’s top two soccer leagues have been cleared to resume on May 16. The German government and soccer regulatory body (DFB) have worked together to give the green light for the season to resume, but no fans will be present at matches.

It has also been announced that the Bundesliga season will be concluded on May 27, meaning nine rounds of fixtures will be played in just six weeks. Fans will not be permitted to attend and matches will not be played if they gather outside stadiums, according to Bundesliga CEO Christian Seifert.

The Bundesliga is the first league in Europe to announce the restart of its season, with most neighboring countries already cancelling their season. The news comes just days after German Chancellor Angela Merkel allowed all shops to reopen. Despite over 6,000 Covid-19 related deaths in the country, Germany has now been able to ease lockdown restrictions, thanks in part to being one of the first to implement them.

Citizens are now permitted to make social visits and schools are set to reopen in the summer. Contingency plans are in place, however, and an ‘emergency brake’ will be implemented in the case of a sudden surge in cases.

“I think we can safely state that the very first phase of the pandemic is behind us,” Chancellor Angela Merkel said. “But we need to be very much aware we are still in the early phases and we’ll be in it for the long haul.”

Merkel was also able to confirm that there would be no need for a two-week quarantine period for players and staff before the resumption of the season. This has raised concerns, however, especially with three Cologne players having tested positive for coronavirus last week, as well as Hertha Berlin player Salomon Kalou’s suspension following a video showing him breaking social distancing rules.

The German Football League released testing figures on Monday, announcing that more than 1,700 tests have been conducted on both players and staff across the clubs of the two top divisions. Out of these, 10 tests came back positive and testing will be regular both before and after the resumption of the leagues on May 16.

Second division side FC Erzgebirge Aue made the decision to quarantine all players and staff following the second round of testing, after an unnamed staff member’s test came back positive.

With the prospect of no professional soccer for many months a real fear just a matter of weeks ago, The Union of European Football Associations (UEFA) President Aleksander Čeferin has expressed his happiness at Germany’s announcement saying, “It is great news that the German authorities have agreed that the Bundesliga can return.”

“This is a huge and positive step to bringing optimism back to people’s lives. It is the result of constructive dialogue and careful planning between the football authorities and politicians and I am confident that Germany will provide a shining example to all of us in how to bring football – with all its excitement, emotion and unpredictability – back into our lives.

“I wish everyone connected with this every success.”

Bayern Munich chief executive Karl-Heinz Rummenigge has reiterated Čeferin’s sentiments, claiming that while football is not the most important thing, the return of the Bundesliga and 2. Bundesliga will bring joy into many lives when it is most needed.

“FC Bayern feels great gratitude, satisfaction and a feeling of happiness. We’ve worked long and hard for this. With the green light from the politicians, we have the requirements to restart the league. That is an important step for the Bundesliga,” Karl-Heinz Rummenigge said.

“The Bavarian prime minister Markus Söder said that a weekend with Bundesliga is much more bearable than a weekend without. That sentence tells everything.

“We know, football isn’t systemically important. But football has a meaning for society. When we start playing in the middle of May, those weekends will be easier for everyone.”

However, the return has not been received well by all in the soccer community and Bundesliga player Neven Subotić has expressed doubts about the remainder of the season. His side Union Berlin will face Bundesliga champions and leaders Bayern Munich on the opening weekend of the rest of the season.

“It is a precarious situation for all of us. It is going to be impossible to come out of the league with positive remarks, it is just going to be a lot of risk management and trying to get to a finished season with the fewest casualties,” the veteran defender said.
“We are not going to have games with fans and for me that is what makes it special. Playing football is fun and is challenging but what makes it exceptional is the community aspect of it.

“That is gone and I don’t want to pretend like it is not a huge thing. It is a huge thing and it is what makes it special.

“Therefore what I will definitely enjoy is the first game back with fans inside the stadium. I am looking forward to that and that is my end goal.”