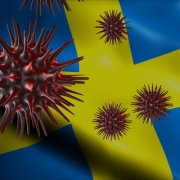 As many countries in the world started applying measures to control COVID19, Sweden opted for a more relaxed approach. Compared to its Nordic neighbors Norway and Finland, who put in place stricter measures, this was completely shocking. The scientist in control of Sweden’s approach to the pandemic has admitted their lockdown approach has caused many deaths. Politicians of an opposition party in Sweden are calling for the Chief Epidemiologist Anders Tegnell to quit suggesting he must take responsibility for his failing lockdown measures.

Anders Tegnell Chief Epidemiologist at the Public Health Agency of Sweden has now admitted that Sweden as a country should have done more to control the spread of coronavirus. Tegnell explains this feeling in a Swedish radio interview as Euro Weekly News reports“If we were to run into the same disease, knowing exactly what we know about it today, I think we would end up doing something in between what Sweden did and what the rest of the world has done”.

Surprisingly, Sweden refused to apply lockdown measures like the rest of Europe. They did not impose a compulsory quarantine period or close any businesses. From a political point of view, Jimme Akkeson leader of the Sweden Democrats believes that Tegnell should take responsibility for the high death toll and high number of cases. To add to this, the approach has also been criticized by Ebba Busch leader of the Christian Democrats who believed the government strategy was to blame for the amount of deaths caused.

Even though no strict measures were put in place, scientists did emphasize that personal hygiene must be taken more seriously and social distancing should be put into place wherever that is possible. However, all leisure activities remained open such as bars, restaurants, gyms and shopping centers. This normality for Sweden as a country could mean citizens did not take the virus as seriously as many other countries around the world.

The Sweden Health Officials did ban gatherings of over fifty people, a measure that almost every country suffering from coronavirus has done from the beginning of this pandemic. Moreover, they encouraged anyone over the age of 70 to stay at home to shield from the virus and told citizens to only travel if it is absolutely necessary to do so.

In late March, the government announced that nursing homes were not allowed to have visitors to shield the elderly and vulnerable from the disease. However, many say this measure was applied too late and was not enough. Jimme Akkeson of the Sweden Democrats emphasized this explaining care homes “have obviously not received the protection and support they can rightly expect” as reported from the Daily Mail.The Prime Minister Stefan Löfvenhas admitted that the coronavirus strategy has not been as effective as hoped in care homes “We have to admit that when it comes to elderly care and the spread of infection, that has not worked”, he continues by adding “Too many old people have died here”.

It has been estimated by Worldometer that Sweden has around 44,730 people infected and 4,700 deaths from the virus. It has been noted that around half of these deaths are apparent from citizens in care homes. Whilst neighboring Nordic countries have seen a lower rate of infections and deaths after they introduced stricter lockdown measures. It is estimated that Denmark has 11,948 people infected and around 590 deaths from the virus and Finland has 6,980 people infected and the lowest number of 325 deaths from the virus. Statistically, the information suggests that if Sweden had opposed a stricter lockdown many deaths and infections could have been prevented. The research group ourworldindata.org has estimated that Sweden has the eighth highest number of coronavirus deaths per capita.

As BBC News reports, Norway’s public health chief Frode Forland explains that Sweden focused too heavily on historical models of viruses instead of understanding what was happening in the world around them. University Professor of Infectious Medicine at Sweden’s Uppsala University Hospital has expressed the coronavirus strategy is “one of Sweden’s biggest embarrassments and most tragic events”. The scientist behind the coronavirus strategy believes “Sweden should have conducted much more widespread diagnostic testing and sooner”. This could have prevented the number of deaths and infections.

Before the COVID19 strategy was decided Sweden hoped the country would reach herd immunity. However, many experts agree that without a vaccine 60% or more of the population will need to have been infected and recover from the virus before that would be achieved. Swedish scientists now agree that the country should have expanded its capacity for contact tracing and put more emphasis in tracking new cases of coronavirus.