You are here: Home1 / badger 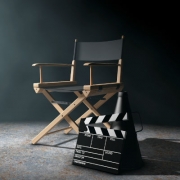 Breaking Bad’s ending, while providing an emotionally satisfying conclusion for the series’ principal characters, left open the fate of deuteragonist Jesse Pinkman, who was last seen racing away from a Nazi compound in a stolen El Camino. The critically-acclaimed series spawned a spin-off, Better Call Saul, which is also critically acclaimed but does not address the question of what happens to Jesse Pinkman, as the series takes place before the events of Breaking Bad. However, a film entitled El Camino, starring Aaron Paul as Jesse Pinkman was secretly written, produced, and directed by Vince Gilligan, the creator of Breaking Bad, and premiers on Netflix on October 11th.

As a result of the production’s intense secrecy, details about the film are scarce. On Tuesday, a two-minute trailer was released which, though it provides hints about which characters and locations will be featured in the film, does not give much in the way of indication of overall plot progression. In the trailer, a battered Pinkman arrives at the house of his friend Skinny Pete, and is joined by series regular Badger. Pinkman showers and sets off on a journey to an unknown location for unknown reasons, stopping to dig something up in the New Mexico desert and running from the police.  An unidentified voice asks Pinkman, “You ready?” to which he replies, “Yeah,” before the film’s title appears on-screen. Though the trailer provides fans with very little information to work with, this might be for the best, as it ensures that viewing the film on its premiere will ensure an unpredictable and fresh experience.

Though the entire cast and crew are notoriously tight-lipped, Gilligan and others have revealed a few details about the film in interviews and promotional materials. The full cast of returning characters and actors has not yet been confirmed, but Vince Gilligan has said that more than ten characters from the series will return, and Jonathan Banks has said that his character, Mike Ehrmantrout, will appear in the film, though the character died during the series. (The river where Ehrmantrout was shot is featured in the trailer, alongside two blurry figures, indicating the film may feature a flashback to the moments immediately preceding Ehrmantrout’s death.) The film was shot under the working title of Greenbrier, and used the ARRI Alexa brand of camera, giving it a more cinematic look than the series had.

Perhaps the best source of information about the movie is a feature in The Hollywood Reporter which is based off of interviews of both Vince Gilligan and Aaron Paul, during which they describe the process of creating the film and its inspirations. During the interview, Gilligan said that while watching Breaking Bad beforehand will surely enhance your experience of watching the film, it is not necessary to do so to understand the film’s plot. Because the film had a much higher budget than any of the episodes of Breaking Bad, Gilligan had a lot more flexibility when it came to making filming decisions. Gilligan has long wished for a theatrical release of a Breaking Bad film, and with El Camino, this dream will be realized, as the film will be presented in a limited theatrical release alongside the October 11th Netflix premiere, before a television screening on AMC early next year.