You are here: Home1 / Bashar al-Assad 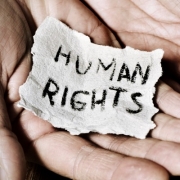 Nearly ten years ago the Arab Spring uprose, a movement that spread throughout the Middle East and eventually would hit the country of Syria. Syria has been ravaged by protests that moved throughout the Southern part of the nation before hitting the capital of Damascus, which is also the home of the country’s leader Bashar al-Assad.

The protests initially called for Assad’s resignation, and while citizens were hopeful that they would be able to overthrow their leader, Assad and his regime remained in place and held their ground. Syria’s military force quickly showed their alliance to Assad by training soldiers to use deadly force on the peaceful protesters, and ever since the nation has been condemned by international leaders and human rights groups who claim that Syria is killing its citizens for expressing their rights and opinions.

It’s been 10 years since the beginning of this Civil War that has left Syria in ruins. According to data from the United Nations, more than 400,000 people have been killed, and it’s estimated that close to 1 million have been severely injured. The UN also estimates that nearly half of the country’s residents have been thrown out of their homes since the start of this war ten years ago, and 5 million citizens have been forced to become refugees outside of the nation’s borders, with another 6 million internally displaced.

London-based human rights lawyer, Toby Cadman, recently spoke to the media about the past decade and current state of Syria as a nation, calling it “one of the greatest humanitarian catastrophes in history.”

“What started as a peaceful protest has descended into this conflict of which there is no accountability.”

The conflict within Syria eventually became a proxy war with Russia and Iran after the two nations showed their support for Assad. Turkey, Saudi Arabia, and Qatar have all expressed their support for the peaceful protesters. The US has been in and out of this decade-long conflict. The Obama Administration initially backed the rebels by attacking the Islamic State while the Trump Administration launched a missile attack in 2017. The Biden Administration then quickly launched a rocket attack as well against certain facilities in eastern Syria that the Pentagon claimed was used by Iranian-backed militia.

Assad is still currently in charge of Syria while the nation continues to struggle everyday. Residents have found that the healthcare system is practically nonexistent, the economy is constantly on the brink of collapsing, and about 80% of all Syrians are currently living in poverty with 60% at risk for hunger.

“There’s no future for any peace and prosperity in Syria as long as the Assad regime remains in power.”

The al-Assad family has ruled Syria since 1971, and it’s expected that Bashar al-Assad will be re-elected in an upcoming “democratic” election. as-Assad has also shown no interest in working with the UN or other international bodies to work on rebuilding his country and helping the millions of citizens currently struggling.