You are here: Home1 / batman 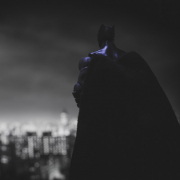 Zoë Kravitz is receiving amazing reviews for her performance as Selina Kyle/Catwoman in Matt Reeves’ “The Batman.” However, this is not the first time Kravitz has attempted to enter the DC Caped Crusader universe.

In a recent interview with The Observer, Kravitz revealed that she attempted to audition for a role in Christopher Nolan’s “The Dark Knight Rises,” but was rejected after being told she was too “urban” for the part.

Kravitz didn’t reveal whether or not she originally auditioned for the role of Catwoman for Nolan’s film, a role which was played by Anne Hathaway.

“Being a woman of color and being an actor and being told at that time that I wasn’t able to read because of the color of my skin, and the word urban being thrown around like that, that was what was really hard about that moment.”

During another 2015 interview, Kravitz revealed she was seeking a smaller role in “The Dark Knight Rises” but she wasn’t even able to get into the room because the film wasn’t “going urban for the role.”

“It was like, ‘What does that have to do with anything?’ I have to play the role like, ‘Yo, what’s up, Batman? What’s going on with you?” Kravitz questioned.

Kravitz recently clarified that she wasn’t making these comments to call out anyone, but instead give an example about “what it was like to be a woman of color in the industry at that time.”

“I did not mention this to point any fingers or make anyone seem racist, namely Chris Nolan, the film’s producers or anyone on the casting team, because I truly do not believe anyone meant any harm.”

Kravitz was officially cast as Catwoman in “The Batman” in October 2019. “It was crazy when the news was officially announced. My phone was blowing up more than any birthday I’ve ever had,” the actor stated.

In “The Batman” Kravitz plays Selina Kyle before she’s known in Gotham as the infamous cat burglar Catwoman. Kravitz revealed she interpreted this iteration of the Selina Kyle character to be bisexual.

During one scene Selina is seen going into her apartment looking for her friend Anika, who she refers to as her “baby.” The idea that their relationship is potentially more platonic, is left open-ended.

Kravitz claimed that the scene was meant to spotlight Selina’s bisexuality:  “That’s definitely the way I interpreted that, that they had some kind of romantic relationship.”

“The Batman” recently topped the box office with $128 million over its opening weekend. The film is currently playing in theaters nationwide.