You are here: Home1 / bedtime mode 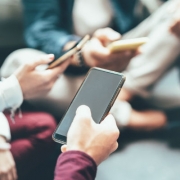 It’s no secret that over the past several years, smartphones have taken over nearly every aspect of most of our lives, as we use the versatile devices for everything from communicating with friends to catching up on work emails to consuming entertainment. As smartphone use is on the rise, many are concerned about the negative impact that device addiction may have on our lives, interfering with our engagement with the real world. This concern is shared even by developers of smartphone software, who have introduced tools to allow users to limit their exposure to their devices, which are categorized under the umbrella term “digital wellbeing.” Such tools are available on both Android and iOS devices, and while their presence may not be obvious, digital-wellbeing features are built into the operating systems of many popular smartphones.

While digital wellbeing features have existed in Android for some time, their functionality has been expanded for Android 10, the latest version of Google’s operating system. While Android 10 is currently only available for Google Pixel devices, the software update should roll out to other smartphones soon, as manufacturers work to optimize the software for their individual devices. Digital Wellbeing is one of Google’s prioritizes for this version of the operating system, and a number of landmark features have been introduced. For instance, users can enable a so-called “Focus mode,” which disables certain apps deemed to be distracting, and users can also set a maximum amount of time they’re allowed to use each app per day. Additionally, Android 10 introduces a “wind down” mode, which is designed to help users fall asleep at the end of the day by switching the screen to a less-engaging grayscale mode and turns on Do Not Disturb. Android 10 users can also view the amount of time they spend using each app in the Settings menu, and see which apps are occupying the most of their time.

iPhone users, too, have access to tools that are meant to improve their relationship with technology. iOS 12 includes a mode called “Screen Time” which, like its Android counterpart, allows users to view statistics about how often and for how long they use particular apps. This mode also allows users to view the number of times they’ve picked up their phone as well as the time of day they’re most frequently active on their devices. Both operating systems allow users to create limits on how long they use their phones, but whereas Android allows users to set limits on an app-by-app basis, iOS users are only able to set limits by category. iPhones running iOS 12 also have a “Bedtime mode” feature, which dims the display of the lock screen at night to prevent your phone from waking you up when it’s on your nightstand.

In addition to specialized tools built into their operating systems, Google offers advice for how to ensure the way you’re using your devices is healthy and positive. The company has a page inviting users to reflect on their technology habits, encouraging them to “take the first step toward understanding your relationship with tech, and get tips and tools to help your digital well-being.” This page presents visitors with a quiz, asking them questions about their usage of technology and whether it interferes with their other obligations, whether those are related to work, family, or friends. The company recommends users take advantage of the Google Assistant, which allows people to interact with their phone using only their voice, to spend more time away from the device’s screen, and also suggests users customize the notifications they receive on a per-app basis to prevent them from becoming overwhelming.

While it may seem counterintuitive to rely on our phones to provide us with ways to limit our engagement with technology, the integration of smartphones into our daily lives is a fact of living in the modern era. As such, these tools are a welcome addition to the smartphone ecosystem, and as developers continue to compete for our attention with ever-more engaging apps, the prospect of enforcing self-imposed limits on smartphone usage may become increasingly enticing.