You are here: Home1 / berths 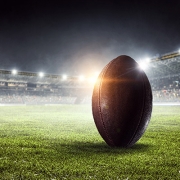 As we enter the final round of regular season games this week in the NFL, there are still a number of playoff berths, byes and seeding positions up for grabs. There is even a scenario in which the 7-8 Oakland Raiders sneak into the AFC playoff picture.

In the AFC, Lamar Jackson’s Baltimore Ravens already have the first seed and look set to rest many of their starters ahead of the matchup with the Pittsburgh Steelers this Sunday. Meanwhile, the New England Patriots, whose 24-17 win over the Buffalo Bills last week clinched the AFC East title, can secure the second seed and a much needed bye with a win over the Miami Dolphins. A tie or loss for the Kansas City Chiefs at home to the Los Angeles Chargers, who have only won one of their last six, would result in the Patriots having the second seed regardless of the result at Foxborough.

Such a result for the Chiefs would open the door for the Houston Texans, who face the current sixth seed Tennessee Titans. The Texans are the AFC South champions so cannot slip past the fourth seed position, however the Titans are battling to keep their position in the playoff hunt and they know a loss would open the door to the Steelers.

If both the Titans and Steelers lose, the path would be cleared for the Oakland Raiders to make a surprising last minute dash for the final AFC playoff place. The Jon Gruden-led side will of course need to record a win in Denver and finally, they need to hope for an Indianapolis Colts win over the out-of-form Jacksonville Jaguars. Interestingly, the three results the Raiders need that are out of their hands all come in the early slate of Sunday’s fixtures, so they could possibly go into their game against the Denver Broncos knowing a win will secure an unexpected playoff berth.

Jon Gruden was unsurprisingly bullish about his side’s chances this weekend. “You can’t control what’s going on. We’re going to try to use this as an opportunity to hopefully continue to develop our roster and our team and try to win games,” Gruden said. “If we get some help, that’d be great. That would be awesome.”

The matchup of the week comes in the form of the NFC West division title game. Sunday Night Football sees the current one seed San Francisco 49ers travel to Seattle to face Russell Wilson’s Seahawks. The situation is clear for the 49ers, who will get the first seed and a bye with a win, or the fifth seed and a wildcard game if they lose.

The Seahawks are guaranteed at least the fifth seed but can go as high as the first if they can beat the 49ers. For that to happen, the Seahawks would also need Green Bay and New Orleans to lose their divisional matchups, against the Detroit Lions and Carolina Panthers respectively.

However, if Aaron Rodgers and Green Bay do manage to see off the Lions, the Wisconsin team will be eagerly watching the late Sunday game, knowing that a Seattle win would give them the top seed in the NFC.

The same is true for Drew Brees and the New Orleans Saints who will clinch a first-round bye with a win over the Panthers and either a Green Bay or San Francisco loss. If both teams lose, Saints will have the opportunity to secure the one seed in the NFC and home field advantage through the playoffs.

Last week saw the Philadelphia Eagles triumph 17-9 over the Dallas Cowboys in a huge NFC East clash. This means the 8-7 Eagles will secure the division with a win over the New York Giants, who have won their last two outings after a nine-game losing streak. For the Cowboys, the only way into the playoffs is an Eagles loss and their own win over the Washington Redskins, who with just three wins in 2019 have the second worst record in the National Football League.

Meanwhile, it may be a relatively quiet Sunday for the Minnesota Vikings, who are locked into the sixth seed. Their fans, however, will be paying close attention to the other games involving NFC playoff sides to see who they will be facing in their wildcard fixture next week. Most likely is a renewal of their NFC North rivalry with the Green Bay Packers or a Minneapolis Miracle revenge game against the Saints.