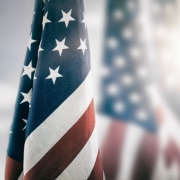 Ever since he announced his intention to run for President, former Vice President Joe Biden has led the race, often by double-digit percentage points. However, following a series of embarrassing gaffes and questions about his conduct in Ukraine amplified by the President, Biden’s favorability in the polls has subsided, and in recent days a poll from The Economy/YouGov has shown the far-more left-leaning Elizabeth Warren as the frontrunner. Although Biden benefits tremendously from the name-recognition factor created by eight years as Barack Obama’s Vice President, his moderate positions on a number of issues important to Democrats, a party which has grown increasingly progressive over the past several years, suggest his dominance among the field of 2020 contenders is not as certain as it once seemed. Since the start of the race Biden has remained the favorite of black voters, a caucus of critical importance in the early stages of the Democratic Primary, owing to perceptions of his electability among a constituency disillusioned by an electorate who put Donald Trump in the White House.

Historically, black voters have tended to be near-unanimous in their support of a particular candidate this early in a presidential primary, but new reports indicate their preference for Biden is beginning to shift in favor of Elizabeth Warren, whose progressive position on policies from health care to maternal mortality rates to racial justice appeal to this critical demographic. A Quinnipiac University Poll released on September 25th showed a nine-point jump in Elizabeth Warren’s favorability among black voters, and although she continues to trail Biden among this demographic, she has been on an upward trajectory since the beginning of her campaign. Biden’s favorability, on the other hand, has remained relatively static since his campaign started, and while he remains virtually tied with Warren, with several polls showing just a single-digit lead, her gradual climb in the polls is sure to worry Biden’s campaign.

At this point in the primary process, name-recognition is of critical importance, as most of the current candidates were virtually unknown prior to announcing their candidacy, barring perhaps Biden and Sanders. Warren’s unique approach to her campaign has generated a lot of news, from her practice of taking hundreds of selfies with supporters at campaign rallies to her detailed policy proposals on a wide range of issues. Recently, leaked audio from a staff meeting at Facebook portrayed CEO Mark Zuckerberg suggesting Warren’s candidacy as an “existential threat” to the company, and he claimed he would “go to the mat to fight” her. Warren, whose policy proposals include a pledge to break up big tech companies like Facebook, welcomed this fight, and doubled down on her commitment to take on companies like Facebook. This high-profile fight has generated a lot of attention for the candidate, whose representation of the of the progressive wing of the Democratic party is fairly evenly split with that of Sanders.

The recent announcement by Nancy Pelosi that the House of Representatives has opened an impeachment inquiry into President Trump is sure to have a significant impact on the democratic primary, though given the unprecedented nature of current events, it is difficult to predict exactly how this impact will manifest. The very suggestion of corruption on Biden’s part, as unsubstantiated as these claims may be, is likely to hurt perceptions of his electability among primary voters, which in turn is likely to hurt his chances of winning the nomination as primary voters list electability as among their primary concerns when selecting their preferred candidate. Many commentators have observed that the phrase “electability” seems to be a code for “white and male,” as the popular image of a President remains somebody who fits that description. Nevertheless, perceptions of Warren’s electability are on the rise, as she is broadly well-liked among Democratic voters, who increasingly view her as capable of defeating Donald Trump in a general election.

Still, Warren has to contend with superdelegates, who tend to prefer the establishment candidate, as they did in 2016 with their overwhelming support of Clinton over Sanders, although the influence of superdelegates has been dramatically reduced since the last primary. And if Warren maintains her lead over Biden, she is sure to be the subject of vicious and personal attacks from Donald Trump and the Republicans, who have recently shown to be relentless in their hostility towards political opponents, acting without regard to the law in their smearing of potential rivals. As such, it is uniquely difficult to make predictions about the outcome of presidential politics at this juncture, but Warren’s calls for “big, structural change” may just be the rallying cry the Democratic Party needs to win the presidency in 2020.