You are here: Home1 / bill and melinda gates foundation 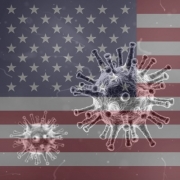 The US has now hit 4 million positive cases of Covid-19, prompting medical experts to call on the government to shut down again. There have been 4,038,748 positive cases of the coronavirus in the US since March with 144,304 deaths; and those numbers are consistently increasing.

END_OF_DOCUMENT_TOKEN_TO_BE_REPLACED 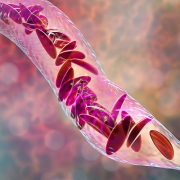 It sounds like a far-fetched concept in a science fiction story, but advancements in science have led to the development of technologies that could allow for the genetic modification of cells in human beings, which could treat genetic problems like sickle cell disease. Sickle cell disease is currently generally incurable and has disastrous health effects in those who suffer from it, as it causes tremendous pain, disabilities, and shortened life expectancy. Sickle cell disease causes a person’s red blood cells to form in an abnormal, flattened shape, causing them to stick to the interior of veins and cause clogs. While medication can help to treat the symptoms of the disease, their efficacy is limited, and the only treatment currently able to cure the disease is bone marrow cell transplant, which is only effective for a small percentage of sufferers and is difficult to obtain.

For these reasons, new evidence showing the efficacy of CRISPR, a technology that enables genetic modification, for the treatment of sickle cell disease, provides hope for the millions of people suffering from the condition. One patient received treatment using the CRISPR technology, which modified billions of cells inside of his body to fix the problem of malformed red blood cells, and the treatment has begun to work in the way doctors had hoped. Not only has the treatment enabled edited cells to produce a protein necessary for the generation of healthy red blood cells, but the treatment has also significantly reduced and nearly eliminated the patient’s symptoms of agonizing pain.

The treatment was conducted at the Sarah Cannon Research Institute in Nashville, Tennessee. While doctors are excited and optimistic about the developments, there are still a number of important questions that remain unanswered, as the treatment is still in the early stages of its development. For instance, it is currently unknown what the long-term effects of the treatment will be, whether the treatment will continue to be effective as time goes on, and whether the patient will live a longer life as a result of the treatment. As such, the doctors’ optimism is cautious, and Dr. Frangoul, one of the medical professionals treatment the patient, has said that “it is still too early to celebrate.”

The patient, 34-year-old Victoria Gray of Forest, Mississippi, had volunteered for the experimental treatment, and described the results as a “miracle,” adding that she has hope for her future for the first time after dealing with the effects of the genetic disease for her entire life, a hope which is shared by her medical team, who believe there is a good chance she has been cured with just a single treatment.

Roughly 100,000 people in the United States suffer from sickle cell disease, as do millions more around the world, the majority of whom live in Africa. If the treatment proves to be as effective as doctors predict, one of the major obstacles is to make the treatment available in different parts of the world, as the existing healthcare infrastructure in Africa is not as robust as in many other parts of the world. The Bill & Melinda Gates Foundation, in partnership with the National Institutes of Health, has pledged $200 million dollars to fund research into gene-based treatments and to expand their access around the world.

Another patient who suffered from a similar disorder called beta thalassemia received similar treatment via CRISPR, and has not needed a blood transfusion for nine months. While experimental treatments are by their very nature risky, as there are many unknown variables involved, Gray has said the treatment has given her hope, if nothing else. It will take several years before doctors can determine whether the patient is cured of her debilitating condition; however, if early indicators are anything to go by, Gray has reason to be optimistic that the treatment will enable her to live a full life free from the agonizing symptoms of the disease.