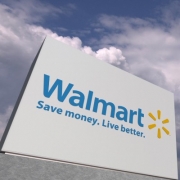 Walmart announced this week that it will be keeping all of its retail locations closed on Thanksgiving this year. Traditionally, Walmart begins its epic Black Friday sale on Thanksgiving, drawing massive crowds of individuals ready to take advantage of all the sales. However, this year due to Covid-19 concerns and the uncertainty of how far along a vaccine will be by November, the corporation is deciding now to close down for the holiday.

All Sam’s Club stores will also be closed down, marking a huge departure from company tradition, however, as we’ve seen with countless annual parades, award shows, music festivals, etc. many cultural traditions have been put on pause indefinitely until the world gets a better handle on this virus that’s infecting millions.

Sam’s Club is a part of Walmart’s warehouse chain and it normally is closed down on Thanksgiving every year anyway, so that choice wasn’t that out of the ordinary. John Furner, the president and CEO of Walmart in the US recently released a statement in which he praised all of his employees for being so patient and dedicated during these uncertain times.

“We know this has been a trying year, and our associates have stepped up. We hope they will enjoy a special Thanksgiving Day at home with their loved ones. We are certainly thankful to our people for all of their efforts.”

Walmart normally is open during its regular hours on Thanksgiving, but has special roped off areas where Black Friday merchandise that’s already marked down is on sale. The sales begin to appear more and more as the day progresses until they open again on Black Friday itself, where the whole store is essentially marked down.

Last year, Walmart made the decision to start its Black Friday door-buster sales at 6 p.m. on Thanksgiving which, business wise, draws a ton of customers into the store early before they go to all their other favorite retail establishments the next day.

Walmart and other major retail corporations in America typically always stay open on Thanksgiving. The Thanksgiving/Black Friday weekend is one of the biggest retail events to happen annually, however, that doesn’t mean that these retail giants haven’t faced their fair share of criticism for doing this.

Pandemic aside, normally many customers and employees ban together in their belief that everyone deserves to take the day off to spend it with their families and loved ones, as that’s the point of the entire holiday. Black Friday itself is a holiday specifically made for working in retail, so why should employees be expected to work both days in a row when the sales are the same?

“Kevin Carlyle is the People Lead at Store #475 in Round Rock, Texas. He recently wrote us and suggested that we close for Thanksgiving during this unusual year, so that our associates could spend the day with their families.”

With this announcement the company also claimed that they would be providing their employees with an additional bonus of $150-$300 starting on August 20th. This is the third round of bonuses for employees since the beginning of the pandemic and any employee (part and full time) who started working for Walmart before July 31st will qualify.