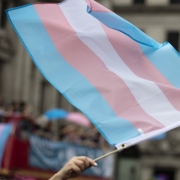 Riah Milton was 25 and Dominique Fells was 27; both were black trans women, and both were murdered. The two victims were discovered a couple of weeks ago within the same week of eachother in what advocacy groups are calling the latest deaths in an epidemic facing transgender people; but more specifically black trans women.