You are here: Home1 / blue monday 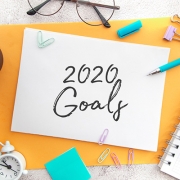 After the hustle and bustle of the holiday season, there never seems to be much to look forward to in January – especially Blue Monday, known for being the “most depressing day of the year.” This cheery title is given to the third Monday of the first month, which this year falls on the 20th, and is taken on with glee by marketing companies across the globe. But while January may not be your favorite part of the year, that doesn’t necessarily mean there is any truth to the Blue Monday theory.

So what are the perceived “reasons” for Blue Monday? After the excitement of the holiday season, many people are now fully back in the swing of normality with no escape from the office anytime soon. The weather’s cold and dark, you may well be fighting off a cold, you may be short on money, having spent it all on gifts last month and whatever was left has been spent in the January sales, so you can’t afford to cheer yourself up with some retail therapy. You may have already given up on your resolutions and you’re now feeling guilty, sounds cheerful, right?

These all seem like reasonably notable factors, but it is fair to say each variable can change dramatically from person to person. For example, the weather varies a lot around the planet, one individual may have done a better job of planning their finances than another, and many people maintain their New Years resolutions well past January.

In reality, Blue Monday has no real factual basis. The term was originally used in relation to the first month of the year by psychologist Cliff Arnall in 2005, as part of a marketing campaign for now defunct Sky Travel – the idea was to sell more vacations by encouraging people to avoid the “blues” by planning a new adventure instead. The intention was never to make people feel depressed about what is, in reality, a fairly arbitrary date, but instead to inspire them to book a trip and have something to look forward to.

There may be an unintended, damaging side effect of the Blue Monday concept as well. With so much talk about how January as a whole is “depressing”, it has been noted that some individuals that already struggle with low mood may find their symptoms worsening – almost as if they are “expected” to feel grim and gloomy about the date in question. Many people worry about the buildup to Blue Monday, and may find themselves putting in extra effort to get through the day, or feeling pressured to act a certain. The combination of a number of negative factors along with an anticipation of pessimism have, for some, turned Blue Monday into a day to be feared.

Since 2005, Blue Monday has evolved from a run-of-the-mill marketing promotion, to becoming an established piece of the modern cultural lexicon. Today, Blue Monday strikes a curious balance – for some, it’s simply a gloomy day in an unexciting month, for other it provides new reasons for people to talk about mental health, and for a number of businesses it provides fresh marketing opportunities just after the holidays.

Whether there is any truth behind the Blue Monday theory or not, it’s safe to say that January can be quite a struggle for many people. So what can you do to stay positive in the most miserable month of the year?

Take inspiration from the source
Since Blue Monday was originally conceived as a marketing opportunity for a travel company, there’s no reason why it couldn’t still have the desired effect. By booking even a small vacation you will give yourself something exciting to spend your time looking forward to, and you can easily distract yourself with all the planning.

Make a charitable donation
Donations don’t have to be financial – in fact, almost anything can be donated. It’s likely that your home is looking a bit more cluttered after the holiday season, but this provides you with the perfect opportunity to give the things you no longer need to someone that might find a better use for them. The positive feeling that comes with helping others is sure to brighten up a gloomy month.

Learn a new skill
Even if you missed out on making a New Years Resolution, it doesn’t mean you can’t find an excuse to try something new. Taking on a new challenge and achieving goals will give you a sense of triumph and positivity, whilst also keeping you busy during the quieter months.

Reconnect with an old friend
With the busy Holiday season out of the way, January is the perfect excuse to catch up with friends in a more relaxed environment and with time to socialize. Plus, it may not just be you that is feeling low this month – by reaching out to someone you haven’t spoken to in a while, you could help to perk up their month as well.