Tag Archive for: board

You are here: Home1 / board 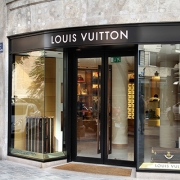 In a move Holly Golightly may or may not approve of, Tiffany & Co has been sold off to Louis Vuitton for over $16 billion, ending nearly 200 years of independence for the luxury jewelry company.

The owner of the biggest luxury goods company in the world – an accolade gained following the 1987 merger with Moët Hennessy thus creating LVMH – billionaire Bernard Arnault claimed Tiffany has an ‘unparalleled heritage’ and would be a perfect match alongside his companies and brands, therefore giving him a larger grasp on one of America’s fast growing markets.

An icon of New York, Tiffany’s flagship store is based on 5th Avenue, New York City and became a household name thanks to the Audrey Hepburn movie Breakfast at Tiffany’s in 1961, leading to thousands of movie fans heading to the store to buy their pieces of jewelry.

And with over 14,000 people employed in the store that was founded in 1837, they now have around 300 stores worldwide.

Following Mr Arnault’s purchase of Bulgari for $5.2 billion in 2011, he has been looking at buying Tiffany to increase his company’s portfolio stating ‘we have an immense respect and admiration for Tiffany and intend to develop this jewel with the same dedication and commitment that we have applied to each and every one of our Maisons [brand houses].’

The acquisition of Tiffany has increased LVMH’s holding to 75 brands including Christian Dior, Dom Perignon, Kenzo and Tag Heuer. LVMH now operates over 4,590 stores with around 156,000 employees.

LVMH first put a bid in of $14.5 billion for Tiffany in October however this was declined as it was felt the offer was to low for the brand. The agreed figure now puts shares in Tiffany at $135.

Roger Farah, Chairman of Tiffany confirmed the board had agreed the deal claiming it ‘provides an exciting path forward with a group that appreciates and will invest in Tiffany’s unique assets and strong human capital’.

The all-cash deal appears to be a great opportunity for fans of the Tiffany brand. Unlike companies who remove the heart of the brand when taking over, LVMH are renown for building on what is already there.

It has already been suggested that the move will ensure Tiffany can maintain its position in the luxury market as well as restoring its exclusive status. LVMH will also be looking at extending the brand into China as well as the US, making sure the brand can improve on its already iconic name.

Currently there are 36 stores in mainland China and through star endorsements, alongside a promotion for a limited edition Tiffany key diamond pendant via WeChat – China’s most popular social media platform, Tiffany has grown to become the second favourite jeweler of choice – after Cartier – therefore allowing LVMH to increase their popularity.

Tiffany CEO Alessandro Bogliolo released a statement confirming the sale saying, ‘this transaction, which occurs at a time of internal transformation for our legendary brand, will provide further support, resources, and momentum for those priorities as we evolve toward becoming The Next Generation Luxury Jeweler.’

Following a drop in sales, Tiffany had comeback with a campaign focusing on their more expensive items rather than the ‘entry-level gift items’ that had weakened the brand, resulting in some of its exclusive clientele choosing to shop elsewhere.

With the lower end items generally cast in silver the brand needed to refocus their attentions and launched its first engagement ring in over ten years – a stunning colorless square diamond – with the option of either an 18-karat gold band or a plain platinum.

At the time Mark J Erceg, Tiffany’s Executive Vice President and Chief Financial Officer confirmed ‘we plan to invest even more behind our high jewelry offerings and have plans to continue introducing even more gold with and without diamonds and diamond products’.

If LVMH’s history is anything to go by, Tiffany should see an increase in sales thanks to LVMH’s experience in refreshing ‘stale’ businesses, with Bulgari appreciating a massive increase in sales in the last 8 years.

The sale to LVMH will allow Tiffany the opportunity to increase their watch and jewelry sales significantly. Currently LVMH sales in these products – via their six specific brands – was a reported $4.45 billion in 2018, which was similar to Tiffany’s top line during the same period, implying that LVMH will double their sales by the move.

It is also important that LVMH is taking control of the supply chain, with the improvement of their sustainable sourcing a significant concern to their younger customers.

HSBC’s Global Co-Head of Consumer and Retail Research, Erwan Rambourg believes this could be essential to increasing the brand’s awareness, saying the company – and therefore the employees – will be ‘able to tell you what this is, whether it’s from this or that mine in this or that country. It’s a key competitive advantage.’