Tag Archive for: Knives Out

You are here: Home1 / Knives Out 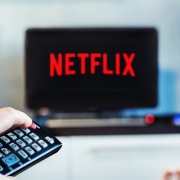 It’s been reported that Netflix purchased the rights of two “Knives Out” sequels in a deal worth $450 million. Back in February 2020 director Rian Johnson announced that he was officially developing a sequel to his beloved 2019 murder mystery which included an all star cast of Hollywood’s most likeable actors, such as Chris Evans and Jamie Lee Curtis.

Now, it’s been announced that “Knives Out 2” and “Knives Out 3” will be developed for Netflix. The $450 million price tag on this deal marks the biggest film purchase in history, and doubles the platform’s previous record-holder for most expensive original film; “The Gray Man” cost Netflix around $200 million to create.

According to reports from Deadline, “the first picture will begin shooting in Greece on June 28th, and casting will begin immediately.”

The first “Knives Out” movie was released by Lionsgate in November 2019, and immediately became one of the biggest movies of the year, grossing $311 million worldwide. It’s rare for an original production to breakout in the box office in such a major way, but since it did it’s no surprise that a sequel, or two, would be in the works.

“I’ll tell you, the truth is I had such a great time working with Daniel Craig and I had so much fun doing this on every level, from writing it to making it,” Johnson said last year after the film initially premiered.

“I’ve never really been interested in doing sequels, but this, the idea of doing more of these with Daniel as his character, is not sequels. It’s just what Agatha Christie did. It’s just coming up with a whole new mystery, a whole new location, all new cast, whole new mechanics of the appeal of a mystery and everything. It’d be a blast.”

Right now it’s unknown when we can expect the first sequel to hit Netflix, but some experts think it’ll be around early 2022.