You are here: Home1 / mccarthy 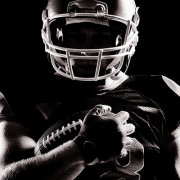 This week has seen “America’s Team” end Jason Garrett’s nine-year tenure as head coach and replace him with former Green Bay Packers boss Mike McCarthy. Following a disappointing season for the Cowboys, owner Jerry Jones took longer than expected to get rid of Garrett but after a 12-hour interview soon decided that McCarthy, out of a job since December 2018, was the man to take his franchise forward.

Jones has expressed his dismay throughout the season with the Cowboys consistently failing to live up to expectations and eventually finishing 8-8 to come second to the Philadelphia Eagles in the NFC East, meaning they missed the playoffs for the seventh time in Jason Garrett’s reign.

Meanwhile, Mike McCarthy went to the playoffs in eight straight seasons with the Packers in his only previous head coaching role, the fourth head coach in NFL history to complete such a feat. Overall, McCarthy led the Packers for 12 full seasons and made the playoffs in nine of those, including a championship win in the 2010 season.

This experience was naturally a big factor in Jones’ decision to hire McCarthy, as well as his track record in commanding a team and franchise with such high expectations from fans, owner and media alike. Jones also required a head coach who would advocate the owner’s heavy involvement in decision making from the top of the franchise to the bottom.

Speaking after the official announcement, Jones explained why he thought McCarthy was the perfect fit:

“One of our primary goals in selecting the next coach of the Dallas Cowboys was to focus on improving, team builder and winner,” Jones said. “Someone who’s got a proven track record of winning, not only consistently but at the highest level. In Mike McCarthy we found a coach who not only checked those boxes but also has the experience of taking an NFL team to the biggest stage, the Super Bowl, and completing the job.”

McCarthy had already met with the Cleveland Browns, New York Giants and Carolina Panthers before his interview with the Cowboys hierarchy and Jones was quick to point out how lucky he felt to be able to appoint the 56-year-old.

“When I first got in the NFL, and our family, I looked real smart, very smart, because right as we walked through the door, Troy Aikman was the first pick in the draft, and the Dallas Cowboys had the first pick in the draft,” Jones said during McCarthy’s introductory press conference. “And the Dallas Cowboys needed a great quarterback to start. Those combinations of things can make you look real smart when that timing comes together.

“That’s the analogy I’m alluding to here. Yes, we needed Mike. We needed a coach. But to have his availability and to have his track record and ability to check all the boxes that I just talked about was fortuitous for this franchise. … And so while our time together initially talking about this job was meaningful, so much more went into how and why he’s sitting at this table today.”

Much to Jones’ happiness, McCarthy expressed his content at how the decision-making process will continue to be a collaborative affair, stating that making “we decisions” is “all you can ask for as a head coach.”

Despite a lackluster 8-8 season, this Cowboys team is clearly littered with a plethora of young talent, one of the main reasons McCarthy held out for this job in particular. Quarterback Dak Prescott is coming off a career-high 30 touchdown season and ended just one yard short of the franchise’s all-time passing yardage record.

Naturally, coaching another supremely talented quarterback was a huge draw for McCarthy and at 26, Prescott represents a perfect mix of experience and youth for McCarthy to mould.

“I’m excited about the opportunity to work with Dak,” McCarthy said. “I think what he’s done so far is very impressive. I think like a lot of us in the league you watch people from afar but when you have a chance to watch a player live and I can recall his rookie year when we played him there in Green Bay so I’ve always been impressed with him. You’re going to be able to run the whole offense and then some. I think he has an incredible foundation to build off of and our offensive system will be built around making the quarterback successful, that’s the way I’ve learned it and that’s the way I believe you play offense. We have a great one here to work with.”

Mike McCarthy’s support staff has not yet been announced but with veteran names like Mike Nolan and Jim Tomsula being rumoured, it seems that the Cowboys will follow up the arrival of McCarthy with yet more league experience.