You are here: Home1 / mega mall 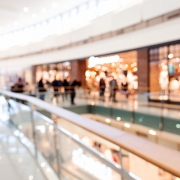 With many shopping malls seeing closures and 9,000 stores closing throughout America during 2019 it came as a surprise to many when a $5 billion mall – American Dream – started construction in New Jersey’s Meadowlands.

While there are many who are huge fans of the “mall-slash-entertainment center” there are also many who are against the idea. With some saying that American Dream is the future of shopping, tourists are predicted to head to New Jersey by the bucket load. Others have commented on the environmental impact the center will have as well as the fact that the retail format it is promoting is in fact diminishing.

At the moment it is unclear which argument is the right one, however Triple Five, the owners of American Dream, are confident that over 40 million people will head to the 3 meter square foot center, spending their hard-earned cash at the many retail outlets in the mall as well as heading to the entertainment areas, including indoor slopes for snowboarding and skiing, a wave pool for surfing, an aquarium and of course, what shopping center is complete without its own roller coasters?

However the critics are fierce with the general consensus being that Meadowlands is an area that shoppers would want to avoid. Featuring in the opening credits of The Sopranos has nurtured the belief that the area is a “mafia dumping ground” while many other projects have been and failed before.

Previously known as Xanadu, the mall has had over twenty false starts, leading the locals to give the center the nickname Xanadon’t. Even Chris Christie, the former New Jersey governor, denounced the building stating it was “the ugliest damn building in New Jersey and maybe America.”

Alongside the negative thoughts on the area, environmentalists have spent decades campaigning against the project and the building itself. Sited on wetlands that 125 different bird species call home, the wildlife has suffered significantly. Many of the residents have expressed their frustration at such a large amount of taxpayers’ money being invested into the property – over $1 billion which could be spent on more important requirements in the area including providing more affordable housing.

Jeff Tittel is the director of the Sierra Club environmental group’s New Jersey sector and commented that “they filled in wetlands to build a water park. It’s almost funny.” And with his prediction that to be a success the project will need to bring in around 100,000 cars per day, he is concerned about the traffic issues as well as the damage being caused to the environment through pollution, saying “this is a symbol of all that is wrong with New Jersey politics.”

The mall’s owners Triple Five have hit back with optimism that the American Dream will not only be generating billions for the New Jersey economy through taxes, but also create 17,000 jobs as well as potentially giving the retail industry a lifeline in its battle with online shopping.

Thanks to online retailers such as Amazon, the shopping mall – once the epicenter for teenagers to hang out while the older generations continued to shop – has seen a huge decrease in stores staying open. And with so many people preferring to shop from the comfort of their own home, on public transport or, well, wherever they want to be, an estimated 20 – 25 percent of our malls will have shut before 2022.

Chief Marketing Strategist of Triple Five, Paul Ghermezian is adamant that due to our need for real experiences, rather than purely living online, his mall will thrive:

“It’s real experiences like ride a coaster… you know, come in and touch something, sting-rays, lace up your skates and get out there.”

With this in mind more than 55 percent of American Dream is dedicated to creating experiences with restaurants, cinemas and hotels joining the shops and activity centers.

While Triple Five is family-owned they like to take their time in ensuring everything is just right and the same applies to American Dream. While Big Snow – North America’s first indoor, real snow ski and snowboard center – opened in December none of the shops are scheduled to open until 2020.

Nickelodeon Universe has also opened and is the largest indoor theme park in North America. With their star acts promoting the rides – including Rugrats and SpongeBob SquarePants – it is believed it will become a huge success.

There will also be the DreamWorks Water Park that will include the ability to surf a 6-foot wave while others can relax in the cabanas looking at views of Manhattan.

However, just because it will have been built, does not mean people will visit. Former chairman and chief executive of Sears Canada, Mark Cohen, does not believe so. While he has had experience working with the Ghermezians and has always been impressed by what they have been achieving, he is also wary of the success they claim they will achieve. According to Cohen the center’s location is a thinly populated area so an indoor entertainment and shopping complex could be a mighty draw. However he believes that if “they come further south” life will be harder for the company. 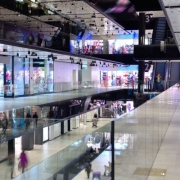